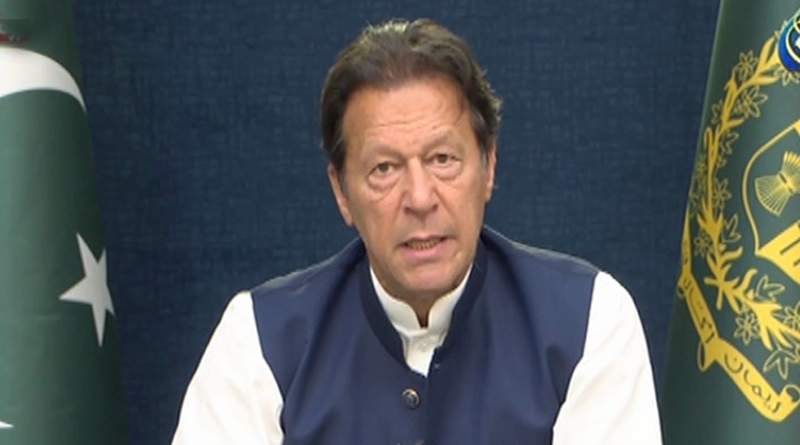 ISLAMABAD, Sep 30: A second purported audio clip of former Prime Minister Imran Khan has surfaced on Friday featuring his conversation with senior party leaders and an aide about the controversial cypher, days after a recording featuring the Pakistan Tehreek-e-Insaf chief talking about the alleged foreign conspiracy to topple his government was leaked.

In the recent audio clip, three Pakistan Tehreek-e-Insaf (PTI) leaders, including Asad Umer, Shah Mahmood Qureshi and Azam Khan could be heard talking about the American cypher with Khan, the party’s chairman.

The audio doing the rounds on social media, in which the ostensible voice of Khan can be heard as saying: “Shah Jee (Qureshi) we have to hold a meeting tomorrow […] you and the three of us (Imran, Qureshi and Azam Khan) and the foreign secretary…In it [the meeting], we have to tell them to quietly write the minutes of the meeting […] Azam is saying that we should draft the minutes and make photocopies of it.”

Here Azam is heard asking, “this cypher arrived on 7th or 8th […] it came on 8th”, while Imran Khan said that the meeting in Washington was held on the 7th.

“We don’t have to name the Americans […] under no circumstances do we have to take the name. So on this issue please, the name of the country should not come out of anyone. This is very important for all of you. “That which country the letter came from […] I don’t want to hear the name from anyone,” the voice believed to be that of Khan says.

He also says: “People wouldn’t have understood the transcript. You say [things] like this in your jalsa.”

The second audio clip is an extension of the first.

The first clip, which was released on Wednesday, features a conversation between Khan and his then principal secretary Azam Khan about a cypher sent by Pakistan’s Ambassador in Washington Asad Majeed about his meeting with a US official.

US Assistant Secretary of State for Central and South Asia Donald Lu was the central figure in Khan’s claims about a US-backed regime-change conspiracy.

He accused Lu of threatening Pakistan’s former ambassador to the US, Asad Majeed, that a failure to remove Khan through a no-confidence vote would herald “consequences” for Pakistan and vice versa.

Pakistan on Friday appointed an interim foreign secretary after the retirement of Sohail Mahmood as the appointment of the chief diplomat was apparently hit by the ‘cypher’ controversy’.

Meanwhile, a top panel constituted to probe the embarrassing audio leaks from the Pakistan Prime Minister’s House on Friday finished combing and debugging the sprawling premises nestled in the foothills of the Margalla here.  (PTI)