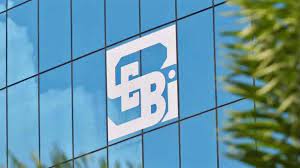 New Delhi, Jan 24:
Sebi has disposed of a show cause notice issued to two individuals in the matter of front-running trading activity of dealers of Reliance Securities Ltd and other connected securities.
Based on surveillance alerts generated in December 2019 to January 2020, Sebi initiated a preliminary examination in the matter wherein the two individuals — Mukesh Parekh and his spouse Archana Mukesh Parekh — were suspected to be front-running the trades of Tata Absolute Return Fund (TARF), a Sebi-registered Alternative Investment Fund (AIF).
An interim order was passed by the regulator Sebi in August 2020 wherein it restrained the two noticees from the securities markets till further directions as they were prima facie found to be engaged in the act of front-running the trades of the big client.
In compliance with the directions issued through the interim order, the noticees were directed by Sebi to deposit the proceeds of Rs 66 lakh unlawfully earned by them.
Further, the directions of the interim order were confirmed against the noticees through a confirmatory order.
As the interim order was passed pending investigation, Sebi proceeded with the investigation in the matter to ascertain whether the acts of the two noticees were in violation of PFUTP (Prohibition of Fraudulent and Unfair Trade Practices) rules during the period December 2019 to August 2020.
Based on the findings, a common show cause notice was issued in May 2022 to the noticees alleging that the front-running trades would not have been executed from the trading account of Labdhi Enterprises, if not for the nexus among Labdhi Enterprises, Falguni Ketan Parekh, Ketan Parekh, Anish Bagadia and Harshal Vira.
It was also alleged that the unlawful gains that had accrued to the noticees as a result of their alleged front-running activity was to the tune of Rs 68.88 lakh and resulted in the violations of PFUTP rules, Sebi said in an order passed on Monday.
Further, the noticees were directed to pay the disgorgement amount jointly and severally along with 12 per cent per annum interest.
According to Sebi, the noticees had filed two settlement applications dated July 20-22, 2022 and a settlement order was passed in December 2022 where the noticees paid a settlement amount of Rs 87.30 lakh and the remaining disgorgement amount of Rs 3.61 lakh.
“I hereby revoke the direction of restrain from buying, selling or dealing in the securities market or associating themselves with securities market, either directly or indirectly, in any manner, issued through the interim order and the confirmatory order qua Mukesh Parekh and Archana Mukesh Parekh with immediate effect,” Sebi’s Whole-Time Member (WTM) SK Mohanty said.
It also disposed of the show cause notice issued against the duo and further directed that the disgorgement amount of Rs 69.61 lakh along with interest shall be transferred from escrow account to Investor Protection and Education Fund (IPEF), it said in the order. (PTI)