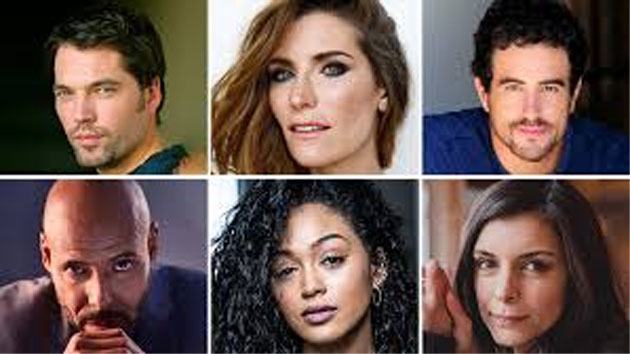 Los Angeles, Aug 27: “Schitt’s Creek” alums Tim Rozon and Sarah Levy are set to reunite for Syfy’s upcoming supernatural drama series “The Surrealtor”.
The show, which is set to start production next month in Newfoundland, Canada, will also feature Adam Korson, Maurice Dean Wint, Savannah Basley and Tennille Read, reported Deadline.
Developed by George Olson, the series follows realtor Nick Roman (Rozon) and an elite team of specialists that handle the cases no one else can: haunted and possessed houses that literally scare would-be buyers away.
Researching, investigating and “fixing” the things that go bump in the night, the team works to create closure and closings, even as they struggle with demons of their own.
Levy will play Susan Ireland, an enormously successful realtor. She is a realist who doesn’t believe in ghosts or hauntings.
Blue Ice Pictures will produce the series with Olson serving as showrunner. He will also executive produce alongside Lance Samuels, Daniel Iron, Armand Leo and Danishka Esterhazy. (PTI)