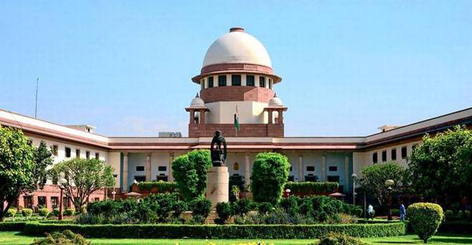 MEW DELHI: The Supreme Court Thursday said it would consider hearing next week a plea against the bail granted to former BJP lawmaker Swami Chinmayanand by the Allahabad High Court in a rape case.
A bench headed by Chief Justice S A Bobde was told by senior advocate Colin Gonsalves that the plea challenged the Allahabad HC order granting bail to Chinmayanand earlier this month.
The bench said it may consider listing the plea of the victim next week.
Chinmayanand, whose trust runs the Shahjahanpur law college where the woman who has alleged rape by him studied, was arrested on September 20 last year.
The apex court had stepped in after the 23-year-old law student went missing for a few days in August last year after posting a video clip on social media, alleging sexual abuse.
A special investigation team of the Uttar Pradesh Police, formed on the directions of the apex court, arrested Chinmayanand.
The Allahabad High Court had on February 3 granted bail to him.
The SIT had also arrested the student after a complaint that she and her friends had allegedly tried to extort Rs 5 crore from Chinmayanand, threatening to make public videos showing her giving massages to the former minister. (AGENCIES)