Srinagar, May 12: Supreme Court today directed the parties to maintain status quo till next date of hearing with regard to alienation of Migrant Property worth crores of rupees situated at prime location of Gupkar Road Srinagar and put on halt the contempt proceedings against Divisional Commissioner Kashmir.
The bench of Justice Vineet Saran and Justice Dinesh Maheshwari in a special leave petition filed by the Government of J&K while seeking reply from the parties directed for maintaining status quo as on today on the issue till next date of hearing.
The Government has challenged the judgment of Division Bench of High Court whereby the Divisional Commissioner was directed to issue the permission for alienation of the property in question in tune with the report of concerned agencies.
Government has also challenged the recent order passed by the High Court whereby the Divisional Commissioner has been held to have committed the contempt of court by not implementing the basic judgment and not issuing the permission for alienation of the said property.
The Division Bench of High Court while observing that the Divisional Commissioner Kashmir has committed the contempt of court by not implementing its judgment in letter and spirit and directed the registry to issue notice to him as to why he shall not be punished for violation of court judgment.
Poonam Mehra with others (Migrants) had approached the court seeking direction that the authorities be directed to issue the permission in their favour for selling the property in question in terms of J&K Migrant Act of 1997.
The migrants who are the daughters of one Late Rajinder Kumar Sahani before the High Court claim to be the owners in possession of land measuring 4 kanals, 5 marlas and 210 sfts situated at Gupkar Road, Srinagar.
They are presently residing outside the Union Territory of Jammu and Kashmir and are registered migrants and they entered into negotiations with a person for the purpose of sale of the aforesaid property for consideration of Rs. 13.00 cr and for that permission of the competent authority was required in terms of the Jammu and Kashmir Migrant Immovable Property (Preservation, Protection and Restraint on Distress Sales) Act, 1997.
The permission, though sought by them with the mandate of the Act, remained pending with the Divisional Commissioner, Kashmir, for over more than two years, therefore, they approached the High Court to redress their grievances.
Authorities resist their claim on the ground that their father had one son also, namely, Parneet Kumar, but there is no verification with regard to the share of the said person qua his status at the time of his death with regard to the property measuring 14 marlas situated at Sonawar, Srinagar.
Authorities averred before the court that since the title of the land was doubtful and unless the interest of any other person in the property of the deceased is properly verified, permission under the Act of 1997 cannot be granted in their favour for alienation of the property in question.
Court said the Legislature (Migrant Act) is with the object of preserving and protecting the migrant properties and ensuring that a migrant is not forced to sell the property in distress, has made a special legislation known as the Jammu and Kashmir Migrant Immovable Property (Preservation, Protection and Restraint on Distress Sales) Act, 1997.
This Act Court added, specifically provides that the prescribed authority (Divisional Commissioner) must decide an application filed in this behalf before it for grant of permission for alienation of the migrant property within a period of 15 days with a further stipulation that in case the said application is not decided within the aforesaid timeframe, it shall be deemed that the permission has been granted.
The Divisional Commissioner however, instead of disposing of the application within the prescribed period of time, as provided under the Act of 1997, initiated some other independent enquiries which were not even required in accordance with the provisions of the Act of 1997. 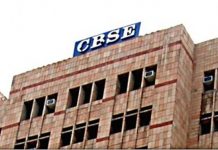 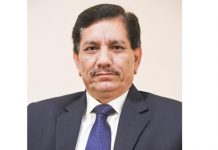 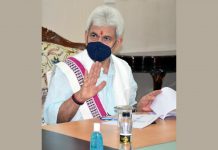 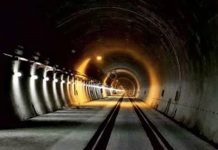