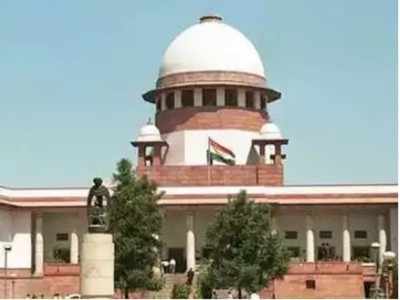 NEW DELHI, Nov 25:
The Supreme Court issued notice to all states on Monday seeking report on air quality, drinking water and garbage disposal, and asked the Centre to take concrete decision within 10 days on having smog towers in Delhi-NCR to combat pollution which has shortened the life span of millions of citizens.
The Apex Court expressed displeasure over the performance of Punjab, Haryana, Uttar Pradesh and Delhi to combat pollution and sought to know as to why they should not be asked to compensate people affected by bad air quality.
A Bench of Justices Arun Mishra and Deepak Gupta termed as alarming the stubble burning situation and said not only the state machinery but farmers were also responsible for it.
It also sought a report from Central Pollution Control Board and the concerned states on steps taken to check pollution in rivers, including Ganga and Yamuna.
It has asked the Centre and concerned stakeholders to take concrete decision within 10 days on having smog towers in Delhi-NCR to combat air pollution.
The court slammed the Punjab and Haryana governments for increase in stubble burning despite its order prohibiting it and said people in Delhi can’t be left to die due to air pollution.
Expressing displeasure over the failure of states in preventing stubble burning, the apex court said: “Should this be tolerated? Is this not worse than internal war? You better finish them all with explosives.”
The bench said the life span of millions of citizens has shortened and people are “suffocating” due to pollution in Delhi-NCR.
“Can you treat people like this and permit them to die due to pollution,” asked the bench.
“Why people are in this gas chamber? You better finish them all. This wrong is going on for long,” it said.
The apex court slammed the Centre and states for “blame game” on the issue of water and air pollution in Delhi.
Taking serious note of water pollution in Delhi, it said people have right to get pure drinking water.
“We are ‘literally shocked’ that water is polluted in Delhi and blame game is going on. What is this happening,” the bench said. (PTI)