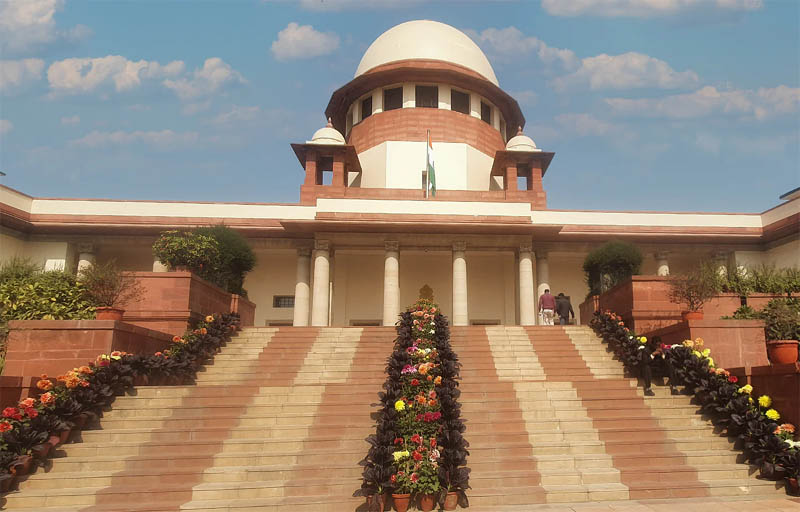 NEW DELHI, Dec 2:
The Supreme Court Friday directed the Centre and the states to file their responses on a plea seeking directions for a uniform standard of healthcare for citizens in line with the Constitution by adopting provisions of the Clinical Establishments Act, 2010.
A bench of Justices B R Gavai and Vikram Nath granted four weeks to the Union of India and the state governments to file their replies.
The top court was hearing a plea filed by Jan Swasthya Abhiyan, Patients’ Rights Campaign and K M Gopakumar which had also sought directions for operationalising all the provisions of the Act, as well as Clinical Establishment Rules, 2012 in order to ensure affordable and quality healthcare.
The plea had sought directions for notification and implementation of the conditions for registration of clinical establishments such as observance of minimum standards, display of rates for procedures and services, compliance with the standard treatment protocol, as provided in Sections 11 and 12 of the CEA read with Rule 9 of the Rules, 2012.
The petition had also sought directions that a grievance redressal mechanism be created for the patients at the district, state and national level national level till the lacunae in the CEA are filled by a suitable legislation.
The PIL said the duty to provide healthcare to citizens was put on the government under Article 47 of the Constitution; however, the public healthcare system did not proceed as conceived and treats only 30 per cent of the patients, while the rest are treated by the private sector.
The petition contended that the public healthcare system suffers from a lack of public health infrastructure and human resources, non-availability of medicines, lack of public investment and forced dependency on the private sector.
The plea had submitted that there is an urgent need to develop the public healthcare system in India by providing proper infrastructure and sufficient budget to ensure that the maximum facilities exist in the public domain, not only in normal times but also at the time of emergencies such as COVID-19. (PTI)