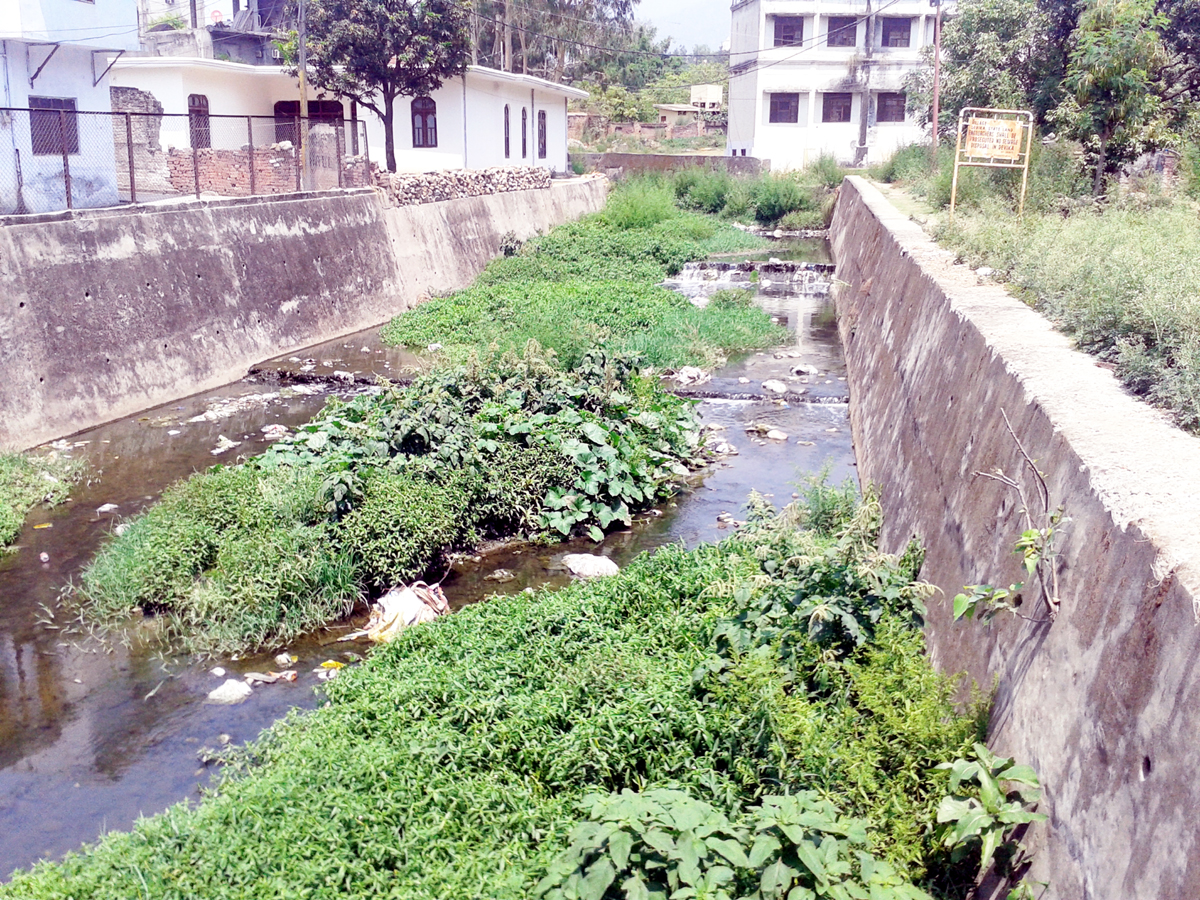 Dr Raja Muzaffar Bhat
Recently Excelsior filed a news report about water quality of river Devika getting deteriorated at alarming rate near Purmandal town of Jammu. The water analysis undertaken by National Water Quality Monitoring Programme (NWQMP) of the Union Ministry of Environment and Forest and J&K State Pollution Control Board has revealed that water quality around Purmandal is not fit for human consumption. The samples collected by scientists of PCB from the gate of main temple and another from hand pump installed at 50 metres downstream has revealed some astonishing facts. According to the news report all the critical parameters for surface water bodies were found much beyond the standard limits assigned for classification of river water quality under Designated Best Use (DBU). The Biological Oxygen Demand (BOD) as per standard parameters should be less than 2 mg / litre but the same in respect of Devika River was found more than 2 mg / litre. In addition to it the Chemical Oxygen Demand (COD) should be less than 9 mg / litre but this is more than 10.5 mg / litre in respect of Devika River at Purmandal.
Spiritual aspect of Devika
Devika after originating from Sudhmahadev glacier appears and disappears at several places and that is the reason Devika is also known as Gupt Ganga (secret Ganga). In several Hindu scriptures Devika is referred to as sister of Ganga. Some books have referred to it as a younger sister of Ganga and few books call it Ganga’s elder sister as well. The Dogra land of Jammu or Duggar Desh in ancient times was called Mader Desh. It is said that people in Mader Desh had gone astray and indulged in crime and sins. There were very few God fearing people during the time and Kashyap Reshi who is said to have taken out water from Kashmir valley to make it an abode for people worshipped Lord Shiva for a very long time (tapasiya). When Lord Shiva asked him the reason for his long tapsiya, Kashayap Reshi narrated the evil acts taking place in Mader Desh. The Reshi prayed that people of Mader Desh be shown the right path. To this Lord Shiva commanded the Goddess Parvati to go to the earth and take the shape and form of a river called Devika. The creation of Devika is said to have guided the people of Mader Desh. The river which is another form (roop) of Parvati is being destroyed by people from Udhampur onwards.
Pollution and encroachment
From last more than a decade I am witness to the fact how Devika is being destroyed and polluted not only at Purmandal but around Udhampur as well. I wrote an article some months back highlighting the issue of Devika river in Udhampur that has been squeezed and chocked at several places. A private construction firm that has been allotted widening of NH 44 has set up a huge Pluzona stone crusher inside the Devika nallah near village Moud Udhampur on Jammu Srinagar highway. I was denied the information under RTI Act by DC office Udhampur about this crusher and it was only after I filed a complaint in State Information Commission (SIC) that this whole scam got exposed. The Additional Deputy Commissioner Udhampur accepted the fact before SIC during case hearing few months back that a private firm has encroached huge chunk of Govt land while as mere 10 marlas were allotted to it. People of Jammu must raise their voice to protect Devika. In a written submission DC office Udhampur recently informed State Information Commission (SIC) that stone crushing unit of Gammon India at Moudh has been shifted from the Devika river bed but the fact of the matter is that this huge stone crusher continues to operate from the same place. Devika continues to be choked and squeezed at Moudh. On the other hand Municipal Council Udhampur is also dumping all its municipal solid waste , dead animals and other filth and dirt near the forest area which is located on the banks of this river. Authorities especially State Pollution Control Board are not acting against MC Udhampur at all. In this regard I personally met with Commissioner Secretary Forests, Environment and Climate Change Manoj Dewidi several months back in Jammu who spoke to Chairman Pollution Control Board (PCB). Till date no action has been taken either against the construction company nor against Municipal Council Udhampur. The liquid waste that comes down from the garbage dump site near Udhampur NH 44 gets mixed with water of holy Devika. I am ashamed that officers and people have no respect even for this holy river. We are not destroying mere river but this is an attack on Maa Parvati as well.
Let us wait for natural disasters and calamities. We have waged a war with nature and the day is not far when we will be lost either in the massive floods or some mega earthquake will eliminate us. Now holy men like Kashyap Reshi will not come to save us or do tapasayaa for us in this sinful world (Kal Yug) . We have to stand up , understand nature , protect and preserve our natural resources which includes mountains , glaciers, rivers, lakes and forests. Government must stop the destruction under the garb of so called development ? Waste management should be the priority sector for Government and fund allocation for solid and liquid waste management has to be enhanced by the authorities at any cost now.
(The author is Chairman J&K RTI Movement)