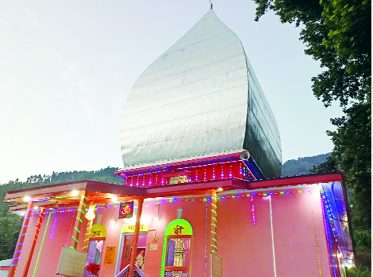 Lovemeet S.Parihar
Kishtwar the land of Sapphire and saffron,is famous for it’s natural bounties full of forest wealth, natural resources, power potential and mineral wealth, vast tourist potential and historical places.
Amidst all above, the district has a unique distinction with a special feather in its cap in respect of having many famous religious Holy places of almost all religions, which are thronged by lakhs of devotees every year to get the blessings and solace after paying their obeisance. One among these shrines is the shrine of Sarthal Devi.
Sarthal Mata also called as ‘Ashta-Dash-Bhuja Matta’ is considered as reincarnation of Goddess Durga or Goddess with 18 arms, who has been the Chief Deity of the Hindus of Kishtwar and its adjacent areas from ancient time. Originally made from the stones by locals under patronage of Raja Agar Dev of Kishtwar, this holy temple was renovated in the present form by Maharaja Hari Singh in 1936-37 from the proceeds of the timber extracted from Dayalwan and Devi-yun-Vun(Devi’s forest). The sacred temple of Mata is located at village Sarthal which is situated at an altitude of approximately 6000 feet and is about 30 kms from Kishtwar town.It is connected by a vehicular road which takes off from Hasti from the NH-1B 11 kms ahead of Kishtwar town. The holy shrine is surrounded by beautiful mountain ranges, lush green fields, vegetation and charming surroundings. The holy site has a cluster of villages and habitations like Agral, Sarthal proper, Lawa, Karool etc in the neighbourhood having a good population.The temple is situated on the top of a hillock, and has some difficult stairs to be climbed to reach the top.
Legend
According to the local legend, Shri Paul who was the first saint from Kishtwar region, had directed his disciples to worship goddess Durga in the form of Mother with 18 Arms. The legend goes on to say that one of the locals was able to invoke goddess in the form of a young girl who pointed towards the eighteen armed idol of goddess. King Agar Dev of Kishtwar is then believed to send his courtiers to make a temple for the idol at an appropriate place. It is said that the Idol became too heavy to be carried beyond its present abode at Sarthal where a Stone Temple was constructed.
According to another legend, it is believed that Goddess Athara Bhuja came from her abode Hari Parbat in Kashmir Valley through Sighpora pass and took rest in the cave where the temple is situated. Locals also said that mother Sharika relocated to Kishtwar during winter.
Faith
Having full faith in the Goddess,thousands of yatries from different parts of the State throng the whole shrine almost throughout the year to pay their obeisance and get the blessings of Mata for their well being and prosperity. Whatever one prays has never been found un-rewarded. So the people have an enormous faith in the mother deity. Many people proceed to holy shrine in the form of a big religious processions like Yatra with large number of their kiths and kins, friends and relatives, chanting and reciting bhajans amidst beating drums and allied music to offer their prayers to the holy Goddess during the ceremonies of 1st hair cut of their children/babies or for fulfilling their oaths having made earlier to have blessing of Mata. For such occasions, the Yatra or function lasts for 2 to 3 days. Sometimes such yatras are in dozens at a time when the entire shrine complex gets flooded by yatries and people, and there is a great hustle and bustle and hectic activity which thrills one and all.
Annual Pilgrimage
Annual pilgrimage (in the month of July) to the temple is an important event in the local calendar,when people from all over the state, particularly Kishtwar district throng the temple to seek the blessings of the goddess.
It is this month of July every year which witnesses heavy rush and excitement of yatries, pilgrims and devotees who come in streams to visit the shrine to get the blessings and when Sarthal Devi Management Committee Kishtwar under “Dharmarth Trust Jammu” organizes a Shoba Yatra with Holy Mace on Harshudi Saptami (7th day of bright fortnight of “Ashaar Month) which starts from Shri Gouri Shanker Temple Sarkoot Kishtwar and goes upto holy shrine of Mata Sarthal Devi Ji with great pomp and show and religious fervor in the shape of a huge procession in which thousands of devotees participate chanting religious slogans, Bhajans with musical arrangements. The yatra leaves Kishtwar on all types of available vehicles.
People bring in tridents (trishul) to the temple. The temple boasts of a trident collection that is hundreds of years old. During the Dogra Rule, this pilgrimage was known as “Sarkari Yatra” during which there was a 3-days holiday in the entire Kishtwar district for celebration of this yatra.At the holy shrine of the Goddess, Yagya, Pooja and Havana amidst chanting of Vedic Mantras, Shalokas, Bhajan is performed on “Harshudhi Asthami” with other religious ceremonies as per the rituals and with “Puran Ahaooti” on the last day. Also Kirtan and Jagrata is performed at the shrine. Langar is also arranged at the complex.It is also considered auspicious to have Mundan (First Hair removal of a baby) at the temple.
Management
The management of the temple lies with Dharmarth Trust that takes care of the running of the temple. An Inn (Dharamshala) has been constructed next to the temple where pilgrims can stay for the night.The management is run by Chairman,who is head of Dharmarth Trust and a Vice-chairman who belongs from Kishtwar and looks after all affairs of the holy temple.
How To Reach
By Train: Udhampur is the nearest railway station from where one can get private vehicles or buses to kishtwar.
By Road: State transport buses, private coaches and private vehicles are available from all the major cities of Jammu and Kashmir to reach the temple in Kishtwar.
By Air: The closest airports to the temple are Jammu airport and Srinagar airport. 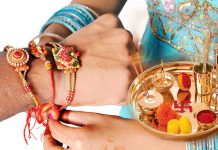 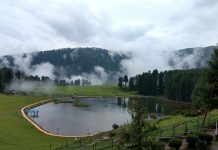 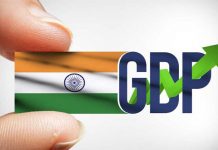