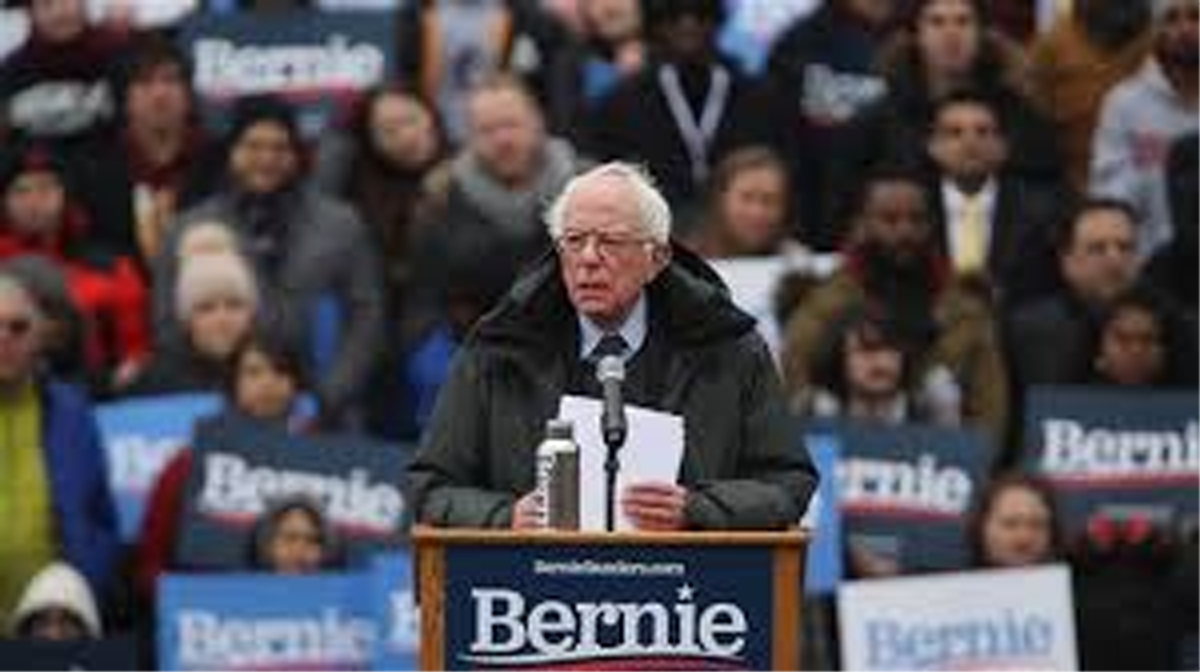 NEW YORK, Mar 3: US Senator Bernie Sanders returned to the place of his birth on Saturday to deliver the first rally speech of his presidential campaign, vowing to defeat “the most dangerous president in modern American history” in Donald Trump.

The Vermont independent voiced confidence at the address in the New York borough of Brooklyn that he would first beat the crowded field of his rivals for the 2020 nomination, with much of his liberal, populist agenda now considered mainstream Democratic policy.

“But, with your help, we are going to transform this country and finally create an economy and a government which works for all of us, not just the one per cent.”

He promised that his campaign would say “loudly and clearly that the underlying principles of our government will not be greed, hatred and lies”.

Sanders returned to Brooklyn College, which he once attended, for a rally emphasising his personal story, as the working class son of a Jewish immigrant who grew up in poor housing.

“I did not have a father who gave me millions of dollars to build luxury skyscrapers, casinos and country clubs,” Sanders said in another dig at Trump.

“I did not come from a family that gave me a USD 200,000 allowance every year beginning at the age of three.”

Sanders spelled out his big ticket items for 2020, his second presidential campaign after losing the nomination to Hillary Clinton in 2016 — “Medicare for All,” a USD 15-an-hour minimum wage and climate change.

Many are long-held principles previously dismissed as too radical by more moderate Democrats, but are now more widely accepted talking points as he squares off against several other progressives who have embraced many of his issues.

Following November’s mid-term election, the Congressional Progressive Caucus — co-founded by Sanders in 1991 — wields more power than at any time in its history.

Senators Kamala Harris, Cory Booker, Elizabeth Warren and Kirsten Gillibrand, all 2020 candidates, co-sponsored his Medicare for All legislation in 2017.

And Warren, Booker and Harris have all proclaimed support for the Green New Deal, an ultra-progressive platform to combat climate change that was unveiled this month by congresswoman Alexandria Ocasio-Cortez, a rising liberal star.

Sanders was an outsider candidate three years ago. But with his massive political network, muscular fundraising capacity and resilient message, he is now a frontrunner.

He would need to best multiple formidable rivals — including former vice president Joe Biden, should he enter the race — and victory is anything but assured.

On Sunday, Sanders heads to Selma, Alabama, to mark the anniversary of the 1965 clash known as “Bloody Sunday” and will also visit Chicago, where he graduated from college and was active in civil rights protests. (AGENCIES)
&*&