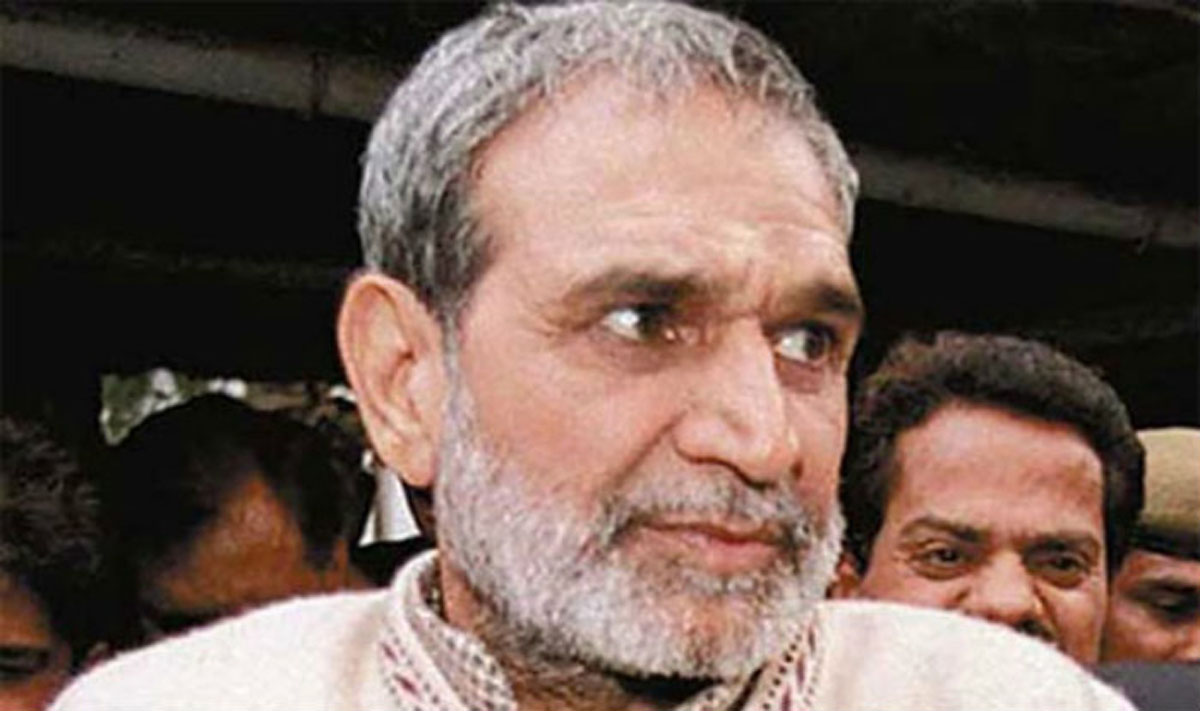 NEW DELHI, Dec 17: The Delhi High Court today reversed the acquittal of Congress leader Sajjan Kumar in a 1984 anti-Sikh riots case and sentenced him to life imprisonment for criminal conspiracy to commit murder.
A bench of Justices S Muralidhar and Vinod Goel also convicted Kumar for the offences of abetment, delivering speeches instigating violence against Sikhs and disrupting communal harmony, saying “truth will prevail and justice will be done”.
The court said the life sentence awarded to the Congress leader would be for the “remainder of his life” and directed him to surrender by December 31.
The bench also said Kumar will not leave the city of Delhi from now till December 31.
With the direction, the court said it has partially allowed the Central Bureau of Investigation’s appeal against Kumar’s acquittal by the trial court in a case related to the murder of five members of a Sikh family — Kehar Singh, Gurpreet Singh, Raghuvender Singh, Narender Pal Singh and Kuldeep Singh — in Raj Nagar area of Delhi Cantonment on November 1, 1984, after the assassination of then Prime Minister Indira Gandhi.
In the same case, the High Court upheld the convictions and awarded varying sentences to former Congress Councillor Balwan Khokhar, retired Naval Officer Captain Bhagmal, Girdhari Lal and former MLAs Mahender Yadav and Kishan Khokhar.
They were also convicted for criminal conspiracy to burn down residences of Sikh families and a gurdwara in the area during the riots.
The court also directed them to surrender by December 31 and not leave the city before that.
With the direction, the bench dismissed the appeals of the five against their conviction and punishment awarded by the trial court.
The trial court in May 2013, while acquitting Kumar, had awarded life term to Balwan Khokhar, Bhagmal and Lal, and a three-year jail term to Yadav and Kishan Khokhar.
Though the High Court upheld Balwan Khokhar, Bhagmal and Lal life sentences, it extended the sentences of Yadav and Kishan Khokar to a 10-year jail term.
The High Court had on March 29 last year issued show cause notices to 11 accused, including Yadav, in five other 1984 anti-Sikh riots cases which were earlier closed. The matter is being heard by another division bench.
The accused, who were acquitted of the charges, were asked as to why should the court not order reinvestigation and retrial against them as they faced allegations of “horrifying crimes against humanity”. (PTI)