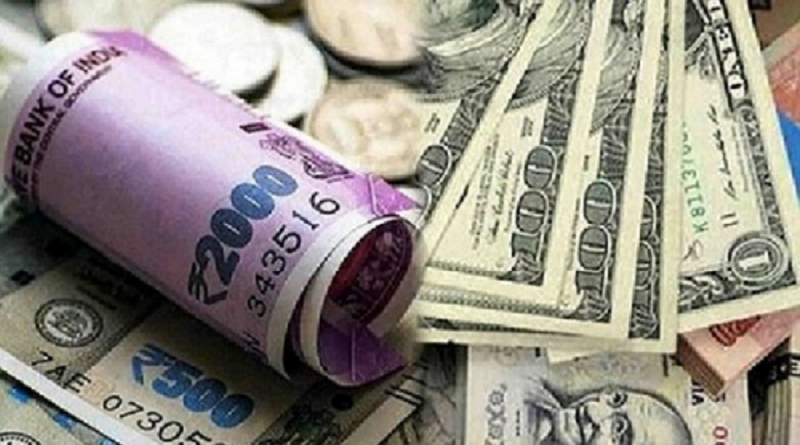 Mumbai, Sept 27:
The rupee consolidated in a narrow range and settled 9 paise higher at 81.58 (provisional) against the US dollar on Tuesday as the American currency retreated from its elevated levels.
At the interbank forex market, the local unit opened at 81.45 against the greenback. It witnessed an intra-day high of 81.30 and a low of 81.64 during the session.
It finally ended at 81.58, up 9 paise from its previous close.
This is the first gain after four consequent sessions of losses for the rupee, during which it lost 193 paise against the American dollar.
On Monday, the rupee plunged 58 paise to close at an all-time low of 81.67 against the dollar.
“Rupee consolidated in a narrow range after falling to fresh lows in Monday’s session. There are some reports suggesting that India’s inclusion into the key government bond index could get pushed back to next year,” Gaurang Somaiya, Forex & Bullion Analyst, Motilal Oswal Financial Services, said.
On the domestic front, the focus will be on the RBI policy statement due on Friday.
“Expectation is that the central bank could raise rates by 50 bps and maintain a hawkish stance. The pound plunged further after the Finance Minister sent the currency and its government bonds into freefall,” Somaiya said.
The focus will be on the durable goods and consumer confidence numbers that will be released from the US. We expect the USD/INR(Spot) to trade sideways and quote in the range of 81.20 and 81.80, Somaiya added.
The dollar index, which measures the greenback’s strength against a basket of six currencies, fell 0.25 per cent to 113.81.
Brent crude futures, the global oil benchmark, advanced 1.36 per cent to USD 85.20 per barrel.
On the domestic equity market front, BSE Sensex ended 37.70 points or 0.07 per cent down at 57,107.52, while the broader NSE Nifty fell 8.90 points or 0.05 per cent to 17,007.40.
Foreign Institutional Investors (FIIs) were net sellers in the capital markets as they offloaded shares worth Rs 5,101.30 crore on Monday, according to exchange data. (agencies)