NEW DELHI, Feb 2:  Recent communal clashes in Kasganj in Uttar Pradesh and the sealing drive in Delhi today led to noisy protests in the Rajya Sabha, forcing an (an) adjournment in the pre-lunch session.
While members of Samajwadi Party raised the issue of Kasganj violence, the newly-elected AAP members protested against the sealing drive in Delhi.
Soon after the House met for the day, Samajwadi Party members entered the Well raising slogans to protest against the violence in Kasganj. They were joined by the AAP members in the Well, forcing the Deputy Chairman P J Kurien to adjourn the proceedings.
Congress member K V P Ramachandra Rao was also in the Well holding a placard with the slogan ‘Help Andhra Pradesh’, though he did not utter a word. Kurien asked him to vacate the Well and return to his seat, but the latter remained unmoved.
Kurien then asked Leader of Opposition Ghulam Nabi Azad to call Rao back to his seat. “What is he (Rao) doing? Can somebody do like this? Has he gone mad? Please call him (back to seat),” Kurien said and even threatened action against Rao.
As slogan-shouting continued, Kurien adjourned the House till noon, barely a few minutes after they had commenced.
When the House met for Question Hour after the first adjournment, the AAP members led by Sanjay Singh again trooped into the Well raising slogans, alleging that it was being done at the behest of the central government. Congress members joined them from their seats.
There were heated exchanges between AAP MPs and Minister of State for Parliamentary Affairs Vijay Goel, even as Kurien kept asking him to stop and go back to his seat.
Leader of Opposition Ghulam Nabi Azad said Delhi is the second home of all MPs and it is their duty to help people of Delhi.
“If lakhs of people are being uprooted, the central government in Delhi is responsible for it. They should answer here. They cannot merely watch silently what is happening.
“The government should answer how they are throwing out poor shopkeepers from the roads. Business in the entire country has been shut because of the government’s wrong policies and now people who earn their living on the roadside are also being thrown out by the government,” Azad said.
With AAP members continuing with their protests blaming the central government for the sealing drive, Kurien said the same people disturbed the House in the morning during Zero hour and were doing it again in the Question Hour. “Is it fair,” he asked.
Rao was also in the Well, which caught the attention of an anguished Deputy Chairman, who said that Rao was doing nothing more than standing as a “bodyguard”.
When some Congress MPs tried to say something, Kurien retorted that there was a member who was “unwilling to heed to the Chair yet there were members who were defending him”.
Kurien again chided Rao saying if he had “some sense”, he should go to his seat as he was “becoming laughing stock” as people were watching.
Rao, however, did not react but only raised the placard a bit higher.
Kurien chided Rao saying he was “exhibiting indiscipline of the highest order” and warned he would have to think what action he should take.
Congress members Jairam Ramesh and Bhubneswar Kalita then walked up to Rao to have a word with the agitating member. However, as he was not inclined to budge, the House took up the listed business in the Question Hour.
Earlier when the House assembled, obituary reference was made for those killed in a road accident in Murshidbad district of West Bengal.
Thereafter, Ram Gopal Yadav (SP) raised the Kasganj issue, saying “atrocities are being perpetrated against minorities in Kasganj…They are being supressed…(their) houses are being vandalised.” His party colleagues joined him in vociferously raising the issue.
Kurien asked the party to give a notice to raise the issue. However, the SP members kept raising the issue from their benches and then trooped into the Well.
Referring to the Kasganj issue, Kurien again asked the party to give a notice on the issue. “I cannot ask the government (to reply on the issue). It is upto them,”he said.
As the protests by SP and AAP members continued in the Well, he said “this is unbecoming of members to come and shout slogans instead of giving notice”.
Following this, he adjourned the House till noon as the slogan-shouting continued unabated.
Communal violence had erupted in Kasganj on January 26 leading to the death of one person.
Today was the third day of the Budget Session. On January 29 when the session commenced, the House was adjourned after the Economic Survey was laid. The House was adjourned yesterday after the Union Budget was tabled. (PTI) 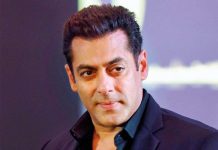 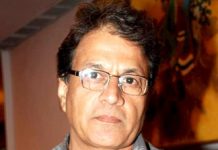