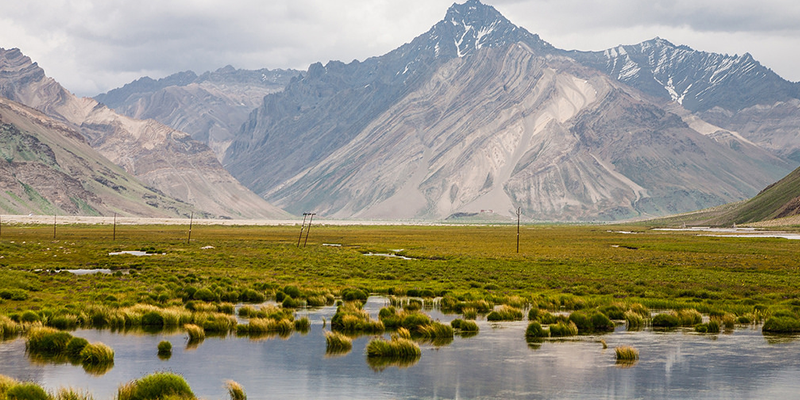 KARGIL, June 15: The Annual General Council meeting of LAHDC Kargil today approved Rs 125.50 cr Annual District Plan for Kargil District for the year 2019-2020 here today. The meeting was chaired by Chairman and Chief Executive Councilor LAHDC Kargil, Feroz Ahmed Khan.
Giving a brief presentation of physical and financial achievements registered during the last financial year, Deputy Commissioner Kargil informed the house that out of the amount of Rs 102 Crores and 8 Lacs released during the previous financial year, an amount of Rs 81.60 Crore spent on implementation of various developmental schemes and welfare programmes in the district which represents 82% of the released allocation.
The Chairman on the occasion said that focussed and special attention would be laid on all sectors particularly Education, Health, Agriculture, Horticulture, Animal Husbandry and Fisheries. He directed all sectoral officers to start the development works in the right earnest besides pacing them up keeping in view the short working season.
Threadbare discussion was held on the annual plan budget wherein the Councilors put forth their suggestions while as a number of important decisions were also taken up regarding the implementation of schemes on ground.
While urging upon the officers to effectively implement development schemes on ground for better results, the CEC said that the role of the implementing agencies is of prime importance and they ought to ensure that the public welfare schemes are completed in a time bound manner and the targets set are achieved in full.
The CEC said that utmost care should also be taken to ensure that funds earmarked are properly utilized for the particular scheme and strict adherence of codal formalities and quality parameters are ensured so as to achieve tangible results on ground.
Pertinently, for the first time in the history of LAHDC Kargil, the system of ‘Question Hour’ was introduced during which the Councillors raised questions as well as supplementaries with regard to developmental activities in their respective constituencies.
Executive Councillor for Social Welfare Aga Syed Mujtaba Mosavi, Executive Councillor for Tourism Er Punchoq Tashi, Executive Councillor for Works Aga Syed Abbass Razvi, Executive Councillor for Health Muhammad Ali Chandan, Deputy Commissioner and CEO, LAHDC Kargil Baseer ul Haq Choudhary, Additional Deputy Commissioner Kargil Sonam Chosjor, Superintending Engineer PWD Kargil Haji Fida Hussain, Councilors form different Councillor Constituencies, senior officers besides sectoral officers were present in the meeting.