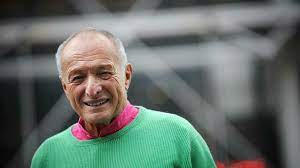 London, Dec 19: Richard Rogers, the architect who designed Pompidou Center in Paris and Lloyd’s of London building, has died at his home here at the age of 88.
BBC quoted a spokesman as saying he had “passed away quietly” on Saturday evening.
He is regarded as one of the world’s most successful and influential architects. He was knighted in 1991.
In the 1970s and 1980s, he became widely known for two buildings that were controversial at the time for putting amenities like lifts and air conditioning ducts on the outside – the Pompidou in Paris and the Lloyds building in London, according to BBC report.
He also built 3 World Trade Center in New York, an 80-storey skyscraper that stands on the site of the former twin towers.