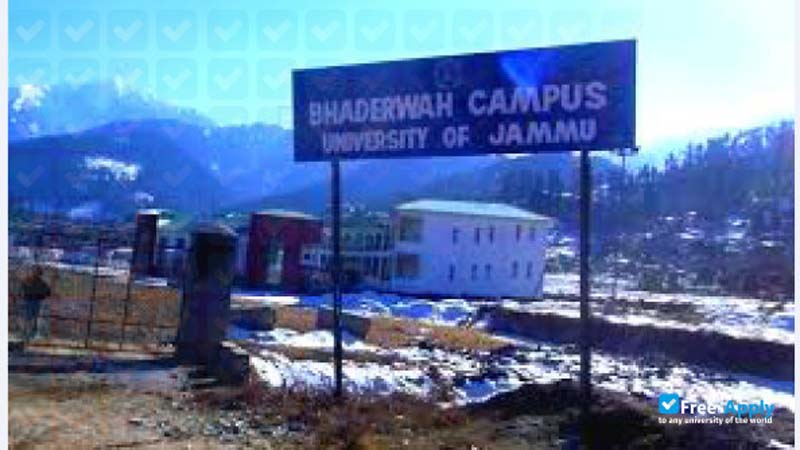 Nishikant Khajuria
JAMMU, Sept 6: The committee headed by a retired Judge for probe into alleged financial irregularities in infrastructure development of Bhaderwah Campus of Jammu University, is learnt to have submitted its report to the Lt Governor of J&K and indicted two former Vice-Chancellors as well as then Rector of Bhaderwah campus for the ‘wrongdoings’.
Highly placed sources told the Excelsior that the committee has indicted then Rector of Bhaderwah Campus, Prof G M Bhat and two former Vice-Chancellors of Jammu University; Prof M P S Isher and Prof R D Sharma for not following the established procedures.
According to the report, Prof G M Bhat released advance payment of Rs 4.45 crores to Contractor while Prof M P S Isher cancelled the tender in arbitrary manner without assigning any reasons and Prof R D Sharma wrongly facilitated the construction work by releasing additional security after the deadline fixed by UGC.
Cancellation of the tender for no reasons led to delay in commencement of work and ultimately lapsing of funds while the payments were released to the Contractor simply on report of then Junior Engineer without taking Executive Engineer or AEE into confidence, sources added while quoting findings of the voluminous report.
It may be recalled that on the direction of Lt Governor’s Office, Jammu University vide order number Estab/21/3547 dated 15-07-2021, had constituted a committee under the convenorship of retired District & Sessions Judge, Suresh Sharma and three retired Professors, including Dr Desh Bandhu Gupta of Commerce, Dr S K Sharma of Law and Dr Posh Charak of English as its members.
The committee was assigned the task to probe into the alleged financial irregularities in spending crores of rupees in infrastructure development of Bhaderwah Campus under PMRP during the year 2013 to 2015 and submit a report to the LG Office within one month. This was for the first time in history of Jammu University that a committee headed by retired Judge had been constituted for probe into alleged financial irregularities, which were also established in the Internal Audit Report of Jammu University for the period 2018 to 2019 as well as Compliance Audit Report of the accounts of the Registrar, JU for the year 2018-19 by Indian Audit and Accounts Department.
According to the sources, the committee members examined the university records pertaining to all correspondences regarding PMRP grants for the construction of Bhaderwah Campus and all the tender notices issued by the University from time to time. The committee also examined original agreement pertaining to construction work of Bhaderwah Campus executed between JU and the Contractor besides the powers and duties of Rectors of Offsite Campuses, notified by the university from time to time.
After thoroughly examining the relevant documents and recording statements of a number of persons associated with the allotment of works, sources said that the committee prepared a detailed report, which was submitted to the Lt Governor’s Secretariat, last week.
As per the report, sources in the LG Secretariat said, the established procedures and Rules were thrown to wind in spending of Rs 10.51 crore under PMRP for infrastructure development of Bhaderwah Campus .
“False utilization certificates with inflated figures were submitted to the UGC. There was mismatch of Rs 2.74 crores in expenditure figures, diversion of funds, irregular payment of secured advance of Rs 4.35 crore to Contractor, creation of un-authorized liabilities of Rs 1.42 crore and irregular extension of works after the deadline,” sources added while quoting the report.
On the basis of documentary evidences and recorded statements, the report has established that the Building Clearance Committee for Offsite Campuses of JU, headed by then Vice-Chancellor Prof M P S Isher, had arbitrarily cancelled the tender for allotment of Bhaderwah Campus work, which was to be started before March 31, 2012.
No reason was assigned for cancellation of the bid in January 2012 and there was no further progress on inviting fresh tenders till November 2012 thus wasting a crucial time of around 10 months, which ultimately led to delay in commencement of the construction activities and lapsing of funds, observes the report while holding Prof Isher as the main culprit behind the entire episode.
Further, sources added, Prof R D Sharma, who succeeded Prof M P S Isher as Vice-Chancellor of JU, did wrong by facilitating continuation of the work by releasing 10 percent additional security of the contract even after the lapse of deadline fixed by the UGC.
Observing irregular payments of secured advance of Rs 4.35 crore to Contractor by then Rector of Bhaderwah Campus, Prof G M Bhat, the committee has pointed out that most of the payments were made on last date of the financial years and in violation of financial rules.
“The Rector relied on statement of concerned Junior Engineer and released advance payment of Rs 4.35 crores to the Contractor without the formal consent of Executive Engineer and AEE,” observes the report.
It may be recalled that for infrastructure development of Bhaderwah Campus of JU under PMRP, the UGC had sanctioned one time grant of Rs 24.34 crore in April 2011. The first installment (50 percent) of the grant, amounting to Rs 12.17 crore was released by UGC between November 2011 and January 2012. The funds were to be utilized before March 31, 2015 with the condition that construction work had to be started on or before March 31, 2012 i. e. during the XI Plan period.
However, the progress of completion of projects was dismal as out of six projects to be executed, only four constructions were completed upto roof level and two projects, including Faculty Residence and Rector’s Residence were almost non-starter despite the fact that Rs 1.05 crore were expended on foundation of these two buildings. Defective planning and execution of these works resulted in lapsing of grants and unfruitful expenditure of Rs 10.51 crore on abandoned works while delay in completion of works halted the second installment of funds.