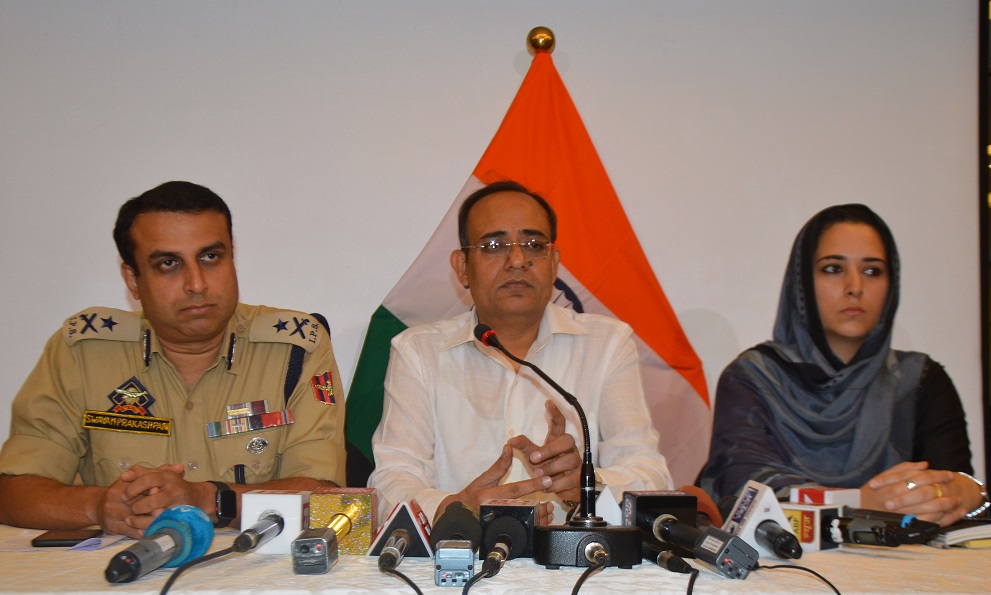 SRINAGAR, AUGUST 17:  The Government on Saturday informed that process of relaxation and easing of restrictions is already in progress and most of the telephone exchanges in Valley should be functional by tomorrow evening.

The information was provided by the Government Spokesperson Rohit Kansal during a presser held here today.

He further added that in Jammu division landlines services are functioning normally, besides, mobile services have also been restored in five districts there.

Deliberating about the restrictions in the Valley, the Spokesperson said that relaxation have been provided in 35 police stations across the Valley. He said the administration is closely monitoring the whole situation and so far no untoward incident has been reported from anywhere in the Valley.

He said the plying of public transport normally on the roads is a good sign and there are reports that the same has been noticed in rural areas also.

Providing details about opening of schools in the Valley, the Spokesperson said that schools beginning from primary level shall open from Monday, besides, all the Government offices will start functioning normally from the same day.

Deliberating on the present situation, IGP Kashmir SP Pani said that the administration is calibrating the situation and in this regard easing is done in gradual manner.

IGP said that so far restrictions have been lifted from 35 police stations which include North, South Kashmir and Central Kashmir.