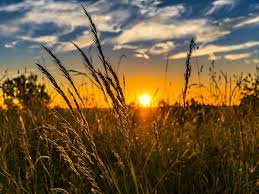 New Delhi, May 14: Farmers’ body Bharat Krishak Samaj (BKS) on Saturday said that restrictions on exports of agricultural produce are an “indirect tax” on farmers as they are unable to benefit from rising global commodity prices.
Reacting to the government’s decision to ban wheat exports, Bharat Krishak Samaj Chairman Ajay Vir Jakhar tweeted “Restriction on agricultural exports are an indirect tax on farmers in countries where imposed.”
Farmgate prices get subdued by policy and farmers are unable to benefit from rising commodity prices while having to pay higher input costs, he observed.
“This is a #HumanRights issue,” Jakhar tweeted.
India has banned wheat exports with immediate effect as part of measures to control rising domestic prices, according to an official notification.
However, the export shipments for which irrevocable letters of credit (LoC) have been issued on or before the date of this notification will be allowed.
The government has revised downwards the estimate for wheat production by 5.7 per cent to 105 million tonnes in the 2021-22 crop year ending June, from the earlier projection of 111.32 million tonnes, as the crop productivity has been affected due to the early onset of summer.
India’s wheat production stood at 109.59 million tonnes in the 2020-21 crop year (July-June).
The country exported 7 million tonnes of wheat during the last fiscal. India was looking to export 10 million tonnes this fiscal.
Bharat Krishak Samaj (BKS) is one of India’s leading non-partisan farmers’ organisations that is an advocate for farmer prosperity along with healthy, sustainable, inclusive and equitable food systems that benefit farmers and consumers.
BKS was established by Dr Panjabrao S Deshmukh on April 3, 1955. (PTI)