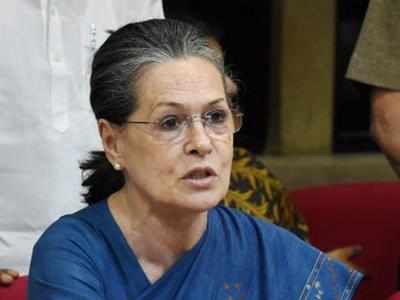 NEW DELHI: UPA chairperson Sonia Gandhi today called for a collective resolve to fight forces of “divisiveness, hate and bigotry” in the country, as she asserted that former Prime Minister and her husband Rajiv Gandhi’s ‘Sadbhavana’ has a great relevance and resonance in the current times.

Speaking at the Rajiv Gandhi Sadbhavana Award function, which was conferred on former West Bengal Governor Gopal Krishna Gandhi for his contribution to communal harmony, she said he has been an uncompromising champion of values enshrined in our Constitution which are now under “determined and systematic assault”.

The award, given every year on the former Prime Minister’s birthday, was instituted to commemorate his contributions to promote peace, communal harmony and fight against violence.

The Congress leader said, “Rajiv Gandhi was an unwavering believer that India’s unity was actually derived from and strengthened by her incredible diversity. That is what Sadbhavna meant to him — not just acceptance of, not just respect for, but most fundamentally a celebration of our society’s many diversities.” (AGENCIES)