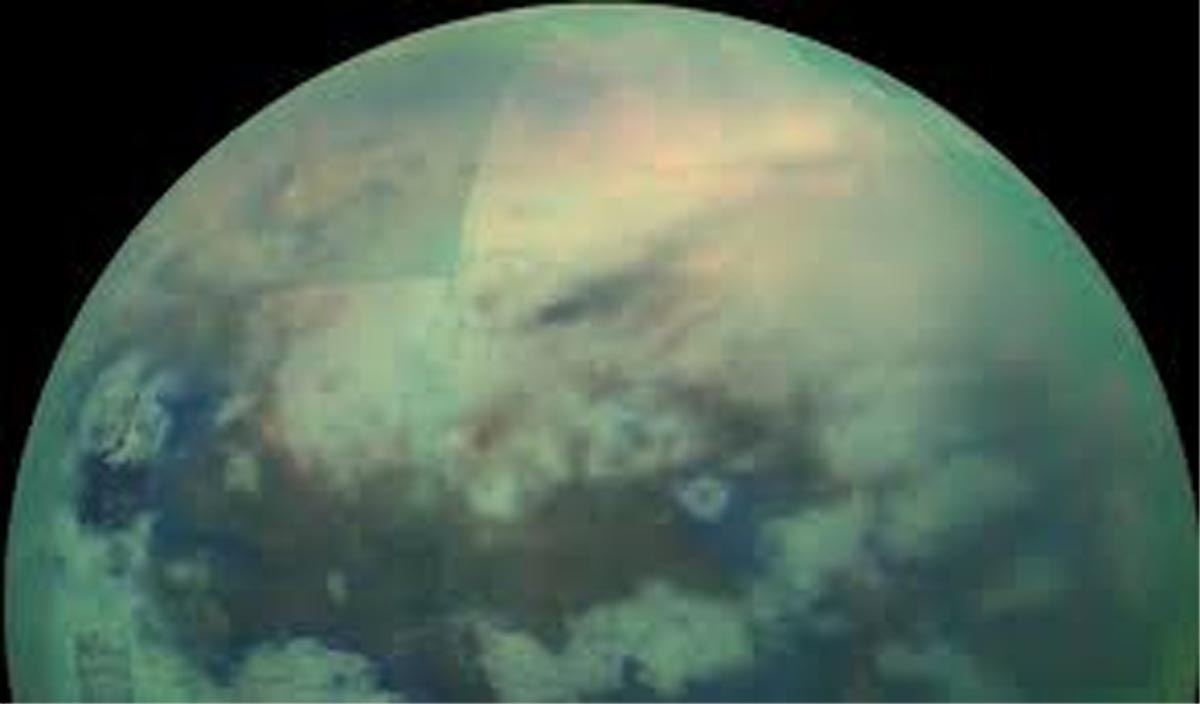 LOS ANGELES, Oct 20:Scientists have found the chemical composition of organic dust dunes present on Saturn’s moon Titan, an advance that sheds more light on the mechanism by which carbon-based structures form in extreme cold environments in space.

The researchers, including those from the University of Hawaii (UH) at Manoa in the US, examined remote sensing data from NASA’s Cassini-Huygens mission to Titan—the only body in our solar system, besides the Earth, with a solid surface, lakes, and a thick atmosphere with a pressure of about 1.5 atmosphere at surface level.

The images from the mission exposed the existence of vast longitudinal dunes on Titan’s surface across its equatorial deserts reaching heights of up to 100 meters, the study, published in the journal Science Advances, noted.

Earlier imaging studies revealed that Titan’s dunes contained dark organic chemicals, compared to the dunes on the Earth that are made of silicates or a large class of other minerals.

They subjected the acetylene ice to a chemical reaction process that formed more complex organic molecules like benzene and naphthalene – a compound which is found in mothballs..

These chemical processes, the researchers said, also happen in the interstellar medium – the space between stars – on hydrocarbon rich layers of interstellar nanoparticles.

Abplanalp said that unravelling the origin and chemical pathways behind the dune material was vital not only to understand Titan’s chemical evolution, but also to grasp how similar the chemistries on Titan and on the Earth might have been before life emerged on our planet 3.5 million years ago.

“These processes eventually furnish the molecular building blocks not only for Titan’s organic dunes, but also for organics on airless bodies in general such as on Kuiper Belt Objects like dwarf planet Makemake,” said co-author Ralf I. Kaiser from UH.

According to Kaiser, the discovery of low temperature synthesis of complex organic compounds from acetylene ice represented a fundamental shift from currently accepted beliefs that such compounds only formed in the gas phase at elevated temperatures, such as in combustion processes.

The researchers said that the findings of their study has unprecedented implications for the next space mission to Titan.

“Overall, this study advances our understanding of the complex organics and fundamental chemical processing of simple molecules in deep space and provides a scientifically sound and proven mechanism of formation of aromatic structures in extreme environments in low temperature ices,” Kaiser said.

According to the researchers, since Titan is nitrogen-rich, the incorporation of the element in these complex organic molecules may also lead to carbon-nitrogen groups in molecules that play a vital role in contemporary biochemistry such as in DNA and RNA-based nitrogen-bases. (PTI)