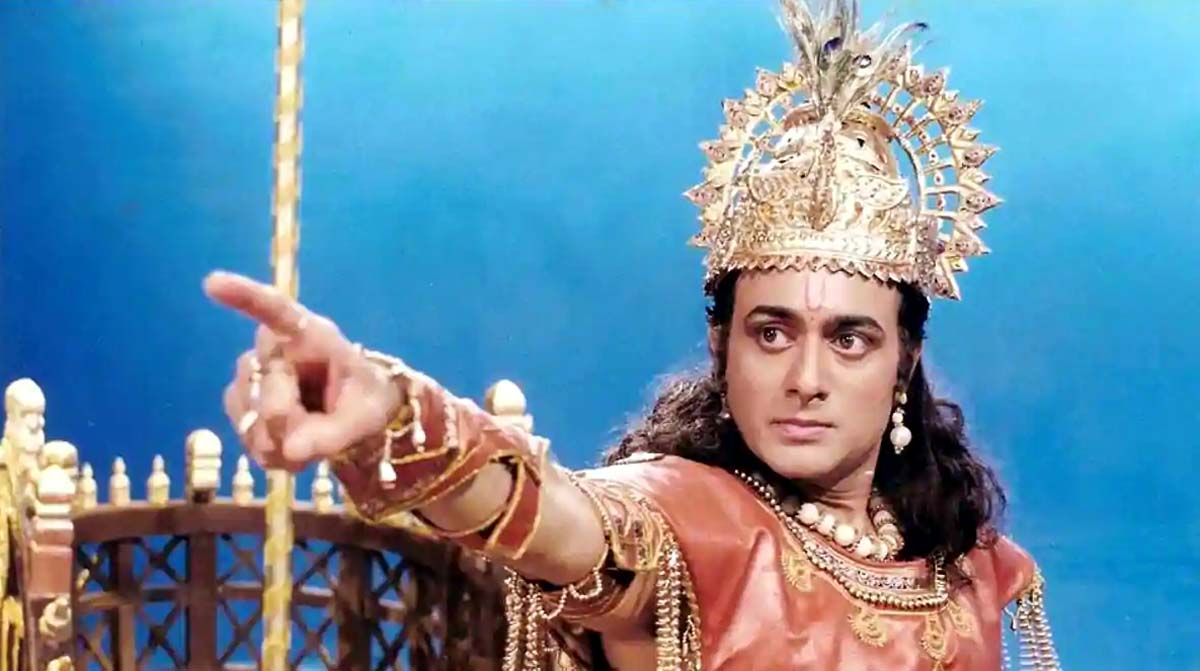 Rahul Dogra
The announcement of re-telecast of the epic shows like Ramayan and Mahabharata was like a dream come true for those who wanted to relive the nostalgia.
When PM Narendra Modi announced a nationwide lockdown in the wake of coronavirus,there was a huge demand to begin the re-telecast of Ramayan and Mahabharat in this time of crisis. Both the series are dramatic adaptation of the Indian sacred texts of the respective names. Retelecast was a golden opportunity for the new generation to watch the iconic show, which once ruled the Indian television.The idea of re-telecast was to reduce stress when normal life has come to stand still due to lockdown.
The re-telecast of three-decades-old series Ramayan became a hit and made DD national the most-watched channel within a week and became the world’s most-watched show on April 16 with 77 million viewers. Dr Vikas Padha, Joint Replacement & Orthopaedic Surgeon from Kathua says ,”I watched Ramayana during my childhood first time at the age of around 10 years and for the second time after 3 decades. Ramayana had huge impact on me while growing up and inculcated Dharmic values in me. Few things that were not comprehensive to a 10 year old kid were cleared this time. I liked it even more than first time.” Ramayana has instilled a life changing impact on today’s youth and one does not expect today’s Youth ,which is used to binge-watching web series, to give such a positive response however, a large number of them were hooked to it and enjoyed it thoroughly. Sourabh Gupta, a UI Developer from Jammu says,” I had already watched these series few years back online. With its rerun on Doordarshan, many people along with me get their chance to relive their old memories associated with the Ramayana and Mahabharata. During Ramayana initial run, whole locality used to watch it under single roof together. Now a day’s whole family use to watch it together. It’s one of the teachings of Ramayana that as a family we should live and stay together. And it’s retelecast also brings the same idea of togetherness.”
The young generation gets a close information about our rich religious and cultural heritage with the retelecast. On a ligher note, now a days Matashree, Pitashree, Bhratashree words are added in our daily vocabulary. And also Doordarshan is giving tough competition to top streaming providers like Netflix, Hotstar, amazon prime etc in terms of viewership. Manu Khajuria, Social Activist (Voice of Dogras), London, shares her views as ” Along with watching Ramayan, we as a family are also currently reading Pravachans of Pandurang Shastri Athavale ji on Valmiki Ramayan. It is a profound experience to especially look at Ramayan as one of the biggest lessons in ideal family and society and passing on this treasure to our children. What especially is very interesting for me as a woman are the strong lessons of feminism, the correct kind, enshrined in Ramayan. The fact that Rishi Vashishth said when Shri Ram was leaving for Ayodhaya that in his absence Sita would be the most able ruler reflects the position of women in the society then. The debate that Sita has with Ram to convince him to take her with him, showcases her splendid intellectual prowess. How she balanced her duty as a wife, daughter in law and mother along with her intellectual pursuits & community work is exemplary.” These historical dramas had a deep influence and teach a great value of moral lessons. Anu Sharma , teacher from Udhampur says ,”I was not even a teenager when this serial was telecasted, Although we already knew the entire story beforehand. Retelecast of this great epic has refreshed good old memories of my childhood days. It made me nostalgic. The most profound experience I have had while trying to reconcile various versions, point of views, academic works, dramatic representations was the realization that the ‘truth’ will always remain elusive.”
Ramayan means “Ram me ayan”, which means diving into the ocean of divine saga. The newer generations responded very positively with the re telecast of Ramayan. This re telecast of Ramayan was infact a rollercoaster of emotions, assimilation of good moral values.

Mahabharata teaches us that one should neither desire the benefits of his actions nor long for inaction. Both are extremes and extremes do not beget good results. Even if the results are achieved, the man will be trapped in the demonic quality of pride, which eventually leads to destruction.

Shubam Dogra, a student from Akhnoor shares his view as, ” It helps us to bring back ourselves to our track whenever we miss. Sometimes we lose our patience too easily but after watching it we learn how to talk sensibly even if things are going against us. It has different impact on different stages of life. As a Child it is like a story for us as an adult we gain values and few misconceptions are corrected as well, as an elder it takes back us back to golden era of past.”

Krishna himself has said in the Mahabharata that change is the law of nature. Nothing in the universe has ever remained same. Lord Krishna himself had to see drastic changes all throughout his life. Born to some other parents and looked after by others, he had a peaceful life in Gokul and Vrindavan, but had to leave it at the call of the duty. Similarly, he was in love with Radha but got married to Rukmani. Amidst all kinds of changes in his life, he handled himself as well as the situations very well. This change was evident in the life of the Pandavas. While at one point of time, they were the lords of palaces, at others they had to wander in the forests, hiding their true identities, all for the bigger goal of Dharma.

Richa Khanna , a teacher from Jammu, shares her views as,”The Ramayana and Mahabharata left a deep impact on us. When it was telecasted before, we were very young to understand the deep meaning. This is an example of truth, sacrifice, values, ideals and selfless love. It teaches us the great values. “It brought Renaissance to the hidden values and qualities of all. We feel related to our culture and religion again. Pawan Khajuria , a resident of Jammu opines, “Ramayana cleared misconception about Agni Pariksha of Maa Sita. That’s the best message I think which was conveyed to young generation and they might have come to know that Maa Sita was actually under the care of Agni Dev and Shri Ram had to take her back from Agni Dev.”

In Mahabharata we see that even if one is great a leader, a great warrior but this doesn’t make you a great individual until and unless you take a stand for right things & against wrong things. Even if that wrong act is done by someone who is superior to you in terms of power or authority. Shivali Jamwal, a teacher from Jammu says ,”One thing I have noticed in many online posts: People claimed that Ravana was a man of dignity and an ethical person. But these are false claims. Ravana raped Rambha forcibly. Rambha’s husband Nalkubera cursed him that he shall no longer be able to approach any other young woman who is unwilling to accept him. And this curse was the reason why Ravana never dared to touch Sita against her will. He was vile , immodest and evil person overall.” Akash Padha (student) from Rehal says,” Ramayana serial displays the father-son bond of Maharaj Dashrath and Lord Ram. When asked to go on exile for 14 years without giving a second Ram Ji accepted that because he was following what his father said and father died in the agony of his son. Rohan Singh ,student, Jammu says,” Though I knew about Ramayana since childhood, this time I got to know the finest details of it. I felt immense pride in our ancestors who had such vast knowledge, not just Vedic but geographical, political and astrological as well. ”

Indeed, the Mahabharata which was written centuries ago but contains all the aspects that we see in life today – greed, power, jealousy, friendship, honor, competition, loyalty, courage, love, confusion, morality, etc. Instead of depicting an entire character as either fully bad or fully good, it leaves it to us to decide. No person is entirely bad or good, even the darkest character has a tinge of good in him, maybe that is why the characters of the Mahabharata despite having lived hundreds of years ago are still very real and relatable to the present generation.

In everyday life we often fall into the dilemma of choices and sometimes it was very hard for us to choose one, but, if we listen to our guts, our heart, our intuition then we definitely find a way out of these situations and no matter how dark the clouds are, there is always a sunshine. Always.