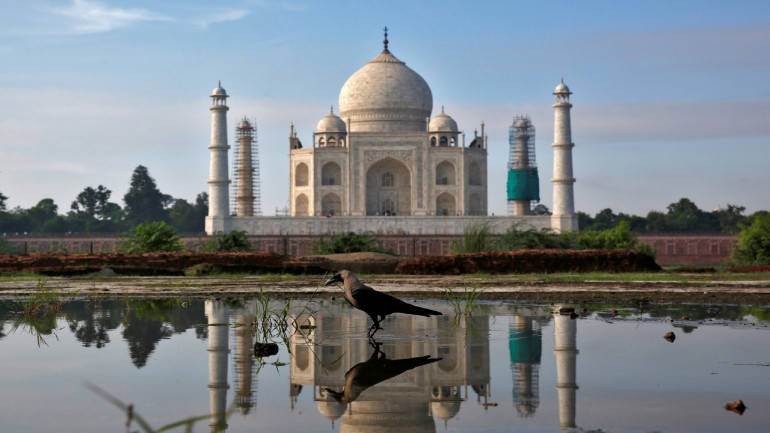 AGRA, July 13:
The repair works that begun a few days ago on one of the four minarets of the iconic Taj Mahal facing the Yamuna at the rear will be completed by September 15, ahead of the World Tourism Day, officials said.
Amar Nath Gupta, conservation assistant, supervising the repairs said that speedy completion of the minaret with perfection will be ensured.
Some stones are to be replaced and the black stone linings fixed, he said, adding there was no tilt or danger to the minaret.
Nam Dev, in-charge of the Taj Mahal, the 17th century monument to love, said work at the minaret has started and scaffolding was being erected.
Earlier, ASI chief of Northern circle Vasant Swarnkar had said it was “not a routine repair work but a specialised one”.
Reports had said that the stone slabs of the stairs had been damaged and needed replacement. The iron clamps too had rusted.
Meanwhile, tourist guides at the Taj Mahal expressed concern at the return of the green bacteria that had proliferated in the polluted waters of the river Yamuna, which remains mostly dry.
Patches of green were discernible on the surface of the mausoleum at the rear side facing Yamuna.
The World Tourism Day is celebrated on September 27. (PTI)