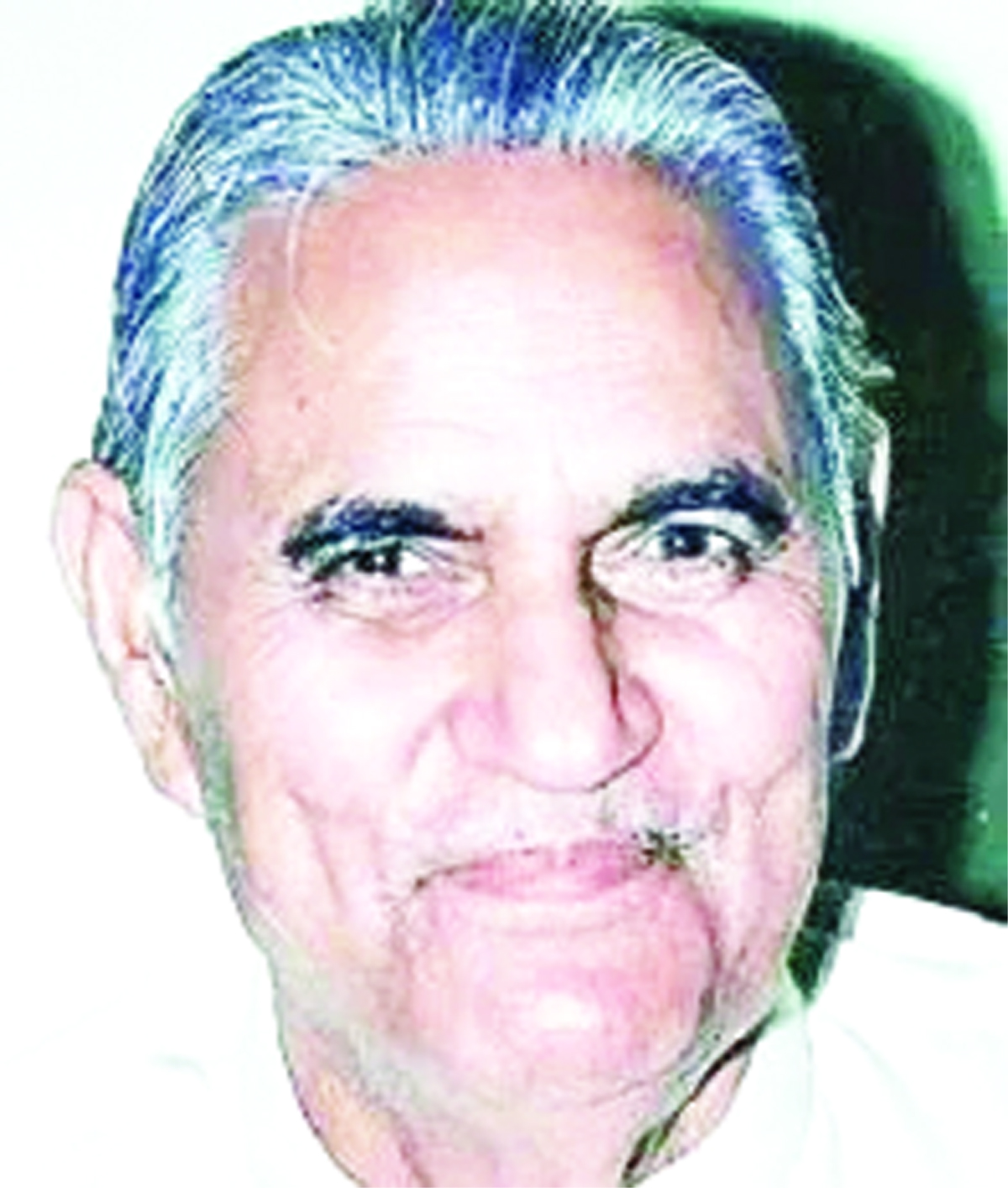 Er.H.R.Phonsa
Dogra Rattan Babu Parmanand, rose from a mud hut in Sarore, a small village of Jammu and Kashmir to Haryana Raj Bhawan Chandigarh.He was born on 10th August 1932 to revered Jaggu Ram Matyan Devi . His parrents were deeply religious souls, having deep faith in Sant Mat as expounded by Saints of Radha Soami Satsang Beas, Distt Amritsar, Village Sarore is largely in-habited by the followers of Radha Soami Satsang, following strict norms of Sant Mat. It is perhaps first village in J&K to have started regular monthly sat sang much before 1947 turmoil. In his childhood Parmanand was admitted in his village Primary school and there after passed his Matriculation from the Government High School Bishnah. Bishnah town now Tehsil HQ, is more than 5 Kilometers from Sarore and Parmanand had to travel on bare feet daily to reach his School Parmanand was very industrious, hard working, energetic and punctual. Parmanand even worked as a labourer on road construction to tide over his financial difficulties.
During his student times he took active part in student Union activities. During his college study time he met Government officer, even the Prime Minister ( as the CM was then addressed) to get solved student scholarship and other problems. He impressed upon authorities and succeeded in getting constructed a hostel building for Scheduled Caste college students adjoining Science college Hostel. This writer was lucky to move in the first batch of 32 SC students into that hostel.
From the very beginning he was convinced that in politics lied the solution of all problems of poor rural masses. So despite his poverty entrenched circumstances he approached Bakshi Gulam Mohd. to allow him to contest 1962 Assembly elections. Bakshi Gulam Mohd. advised him to get recruited into some good service and live a comfortable life. He even offered him a Munsiff magistrate and Dy.S.P posts, which Parmanand declined. Babu Parmanand as he was affectionately addressed by people, won his maiden election from Ramgarh ( Reserved) and from then on wards he continued winning elections till1990. He Represented Ramgarh Sambaand, Bishnah Constituencies. During this period he served as Dy. Minister of transport, Minister of State of Housing and Urban Local Bodies, Co-porative, Social Welfare and Cabinet Minister for Finance and Power.He also served as Assembly Speaker. He had the privilege to serve with Bakshi Gulam Mohd. (J&K PM) and Chief Ministers G.M.Sadiq, Mir Quasim, Sheikh Mohm. Abdulla,and Farooq Ahmed. He was made second in seniority to CM by Farooq Abdulla. Babu Ji used to preside over Cabinet meetings in the absence of CM. He also served as Director of some banks including J&K Bank.
He contributed immensely for development of the State in general and his constituencies. Among his major developmental works contributins are flood Controll bunds for Dewika and Basanter rivers, Construction of many drinking water tube wells, Basanter lift irrigation scheme,Goal Market Gandhi Nagar Park, Janipur Housing colony, creation of Grameen Banks, large number of schools, dispensaries, rural roads, Srinagar Assenbly building after fire damages to main Assembly Building. He was founding father of the J&K Unit of All India Bhartiya Dalit Sahitya Akademy and conceived an institution for all India Competative Examination under BDSA.
For some time Babu ji edited “The Voice of Depressed” newspaper.
Babu ji served in and was member of the Indian National Congress, the National Conference and the Bhartiya Janta Party. When his advise was not listened by the National Conference leaders he joined the BJP in 1996. Due his sincerity coupled with superb qualities of head and heart Babu Ji was appointed as the Governor of Haryana on 19th July 2000 by Dr K.R. Narayan the President Of India when Atal.B Vajpayee was the Indian Prime Minister. Now Raj Bhawan became a living example of his dreams as it was open to all needy persons for the personal attention of the Governor. As working Governor he visited up to Block level in Haryana to see for himself conditions of his state subjects. He served as governor Haryana for nearly 4 years.
After a brief illness Babu Ji departed from this world on Thursday the 24th of April 2008 at 0005 Hours at his Gandhi Nagar Jammu He was accorded State funeral and the day was declared as state holiday
Babu ji shall be long remembered as a leader of masses, who cared for their welfare more than his personal comforts. He often advised them ” Apna Diya Aap Bano”
feedbackexcelsior@gmail.com

Coronavirus: A resilient supply chain is need of the hour