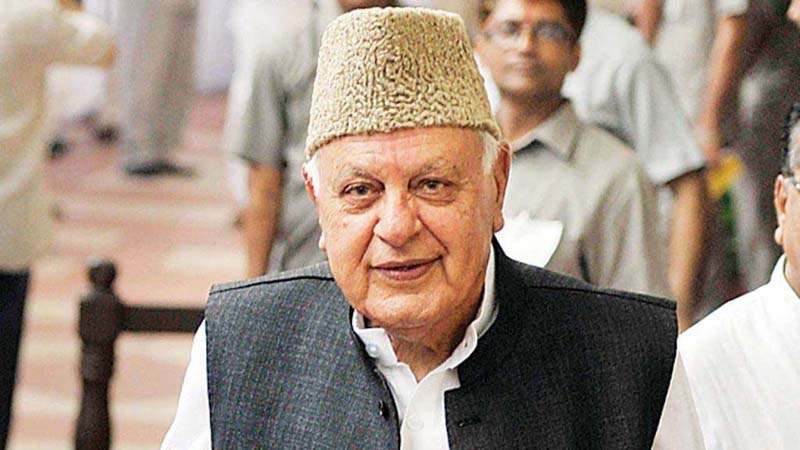 PATNITOP, Sept 11: National Conference (NC) president and MP from Srinagar Dr Farooq Abdullah asked people to remain vigilant against divisive forces who are hell bent to drive a wedge between communities.
Dr Abdullah said this while interacting with party workers from Ramban, Batote and other adjoining areas at Patnitop, late Saturday evening. Provincial president Jammu Rattan Lal Gupta, MP Hasnain Masoodi, senior leader Sajjad Ahmed Kitchloo, district president Ramban Sajjad Shaheen, YNC provincial president Jammu Ajaz Jan, Chaman Lal, Jagveer Dass (youth district president), DDC Ramban Shamshad Shan, Abid Magary VP, Arif Mir secretary, Arif Wani, Raja Arshad Ali, Adil Ahsan, Arjun Singh Raju, Murtza Ali, Mushat Lone, Mahraj Khan, Sharad Nattno (BDC) and others were also present on the occasion.
In his address, Dr Farooq said, “The ruling party is not echoing the sentiments of the diverse sections of people in Jammu. People in Jammu, Chenab, Pir Panjal are feeling cheated. A dangerous game of polarization is being played with our people by pitching one community against another. All they want is to divide us on emotive issues. We all have to resist such attempts to divide us. Our unity will not allow them to triumph in their nefarious designs.”
He further added, “Jammu is a perfect example of communal harmony, the need of the hour calls for strengthening it. The region has already lost eight years to lingering misgovernance and political instability induced by those who used to do chest-thumping over the so called discrimination meted out to Jammu people. Where are they now? Aren’t the miseries of our thousands of unemployed youth in Jammu visible to them?”
Dr Abdullah further said that NC will continue to fight for the protection of identity of Dogras, Kashmiris, Gujjars , Paharis and others. “We aren’t fighting for any particular community. Our battle is blind towards religious and regional considerations. We are equally concerned for the dignity of the last person living in Kathua, as we are for others living in Kishtwar, Rajouri, Basoli, Srinagar and Kupwara.”