Dr Raja Muzaffar Bhat
On March 31st the Civil Secretariat Health Department issued an Government order directing Director Health Services Kashmir (DHSK) to release salary in favour of 133 employees who according to said Government order were fake and illegal appointees. The said order No: HME/HRM/04/2013 Dated 31.3.2016  issued from the office of Commissioner Secretary to Government Health & Medical Education reads :
” I am directed to refer your letter No: DHSK/EST/V/NG/1558 Dated 22.9.2015 regarding the subject and advise you to draw the legitimately earned unpaid wages if any in respect of 133 illegal / fake appointees of district Anantnag till date”.
As per media reports more than 300 persons were appointed through  illegitimate and illegal means from 2008 onwards by various senior officials of the Health department which includes Chief Medical Officers (CMO), Block Medical Officers (BMO) etc. Out of these 133 illegal appointments, 133 appointments were made in district Anantnag alone from time to time. According to authentic sources in the health department, senior block and district level officers had forged  signatures of retired Chief Medical Officers (CMO’s) and Block Medical Officers (BMO’s) officers of the health department which paved a way for these illegal appointments. The appointment dates were shown prior to the actual date of appointment. These illegal appointees were posted in different districts so that there would be no hue and cry. For each of these appointments the illegal appointees paid money to various officials of health department particularly the BMO’s and the bribe money ranged in between Rs 3 to 5 lakhs.
In past Police had filed a case against the then  Block Medical Officer (BMO) Beerwah for allegedly tampering with the service book of an employee who was appointed “illegally.”  The BMO had released the salary of the fake appointee and in the process he tore the pages of his service book wherein the SRO 43 order was mentioned. The  BMO placed another page wherein it was shown that the employee was appointed by the CMO Budgam many years back. The matter finally came into the notice of Budgam district police who registered a case under FIR No: 39/2012 dated April 17, 2012 in police station Beerwah . The BMO and other clerical staff were shown as the main accused and challan was also prepared under sections 420,467,468 of RPC.
The  official of Health Department, whose salary was released by the former BMO Beerwah  was illegally appointed by officials in Beerwah health block in 2002 but his fake service book showed  that he was appointed in 1998 under SRO 43 by Deputy Commissioner Budgam vide order No: 3466-68 dated February 22, 1998. It is worthwhile to mention that none of the close relatives of the said employee was killed in any militancy related incident which is the basic criteria for appointment under the said SRO. Incidentally said employee’s father was not an employee of the Health Department which is another criteria for appointment under SRO 43.
It is believed that more than 80 illegal appointments were made in Health Department in Budgam district from 2000 till 2010 and this racket was run by some clerical staff , ex-BMO Beerwah and ex CMO Budgam. All of them were placed under suspension few years back and one of these officers Ex BMO was declared as dead wood some months back and was dismissed from services as well. But  other officials which includes a Junior Assistant from Beerwah health block are yet to be taken to task.  The legal appointments of class IV employees was made in Beerwah health block by  BMO in-between 2002 and 2011.  Former CMO of Budgam and BMO Beerwah were involved in this crime. An FIR No: 22 of 2011 stands registered in Police Station Vigilance Organisation Kashmir and the case is at its final stage now.
During  these fake appointments the officials of health department Immediately after receiving the bribe money  used to prepare a fake transfer order of the fake appointee showing that the appointee  has been transferred to some other health block outside parent district. Then the officials would make a fake service book of the fake appointee so as to show that concerned official is posted in other Block (where the fake appointee was send). To make the case stronger , the  accused officials sometimes used to incorporate the SRO-43 orders in the fake service book of the appointees. There are more than 100 such cases wherein such fake transfer orders were given to fresh illegal recruits and they were send to various health blocks outside Budgam & Anantnag  like Gurez, Bandipora , Ganderbal, Kangan, Kreeri , Kunzer , Pattan etc . After some months or a year all the fake appointees were sent back to Budgam and Anantnag. A  Dental Surgeon  was also appointed in block Shangus in 2008 against a vacant post. The order claimed that the candidate had the recommendations of the then Minister of State for Health and Family Welfare.
It is believed that officials of Health Department embezzled an amount of Rs 12 crore by releasing salary in favour of fake appointees and a fresh case under FIR No: 26 of 2014 has been registered against officials of health department which includes a Block Medical Officer (BMO).
Conclusion :
It is a matter of serious concern that inspite of knowing the fact that appointments have been made through illegal and illegitimate means , the administrative department of Health & Medical Education Ministry in J&K  has directed the Director Health Services Kashmir to release salary in favour of illegal appointees. How can a backdoor and illegal appointee claim for legitimate salary ?  Irony is that Government order itself mentions that fake and illegal appointees be provided legitimate wages. I hope  Chief Minister Mehbooba Mufti and Health Minister will take a serious note of this issue and order for a high level enquiry as soon as possible.
feedbackexcelsior@gmail.com 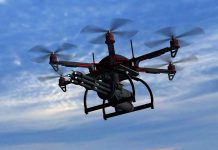 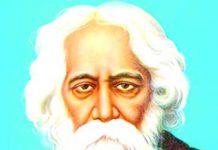