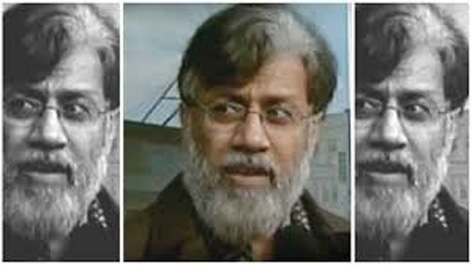 WASHINGTON, June 21: Describing 26/11 convict Tahawwur Rana, a Pakistani-origin Canadian businessman as a flight risk, the US has opposed his release on bail, arguing that if he were to flee to Canada, he may escape the possibility of a death sentence in India.
“Given the stakes, allowance of bail in any amount would not guarantee Rana’s presence in court. Granting bail would invite the possibility of embarrassing the United States in the conduct of its foreign affairs, straining its relationship with India,” Assistant US Attorney John J Lulejian told a federal court in Los Angeles last week.
Rana, 59, who was released from jail on compassionate ground after testing positive for the COVID-19, was rearrested in Los Angeles on June 10 following an extradition request by India, where he is a declared fugitive.
On Friday, US District Judge Jacqueline Chooljian of the Central District of California scheduled his bond hearing for June 30. His attorney has been asked to submit his plea by June 22 and the federal government’s response is due by June 26.
In his submission on behalf of the US government, Lulejian urged the Los Angeles court that Rana be not released pending resolution of the extradition proceeding against him to India.
Moreover, to protect the US ability to meet its treaty obligations to India, the US attorney also requested the court to notify the parties within a reasonable time in advance of any contemplated release order.
Asserting that Rana is a flight risk, and arguing that his escape to Canada would jeopardize his extradition to India, the US attorney said the court “should detain” him without bond.
India seeks his arrest on a number of offences, including the conspiracy to commit murder, conspiracy to commit forgery for the purpose of cheating, and murder under relevant sections of the Indian Penal Code (IPC).
Rana, the US attorney said, is sought for his role in 2008 terrorist attacks in Mumbai.
The complaint details how Rana and his co-conspirator, David Headley, conspired with Lashkar-e-Taiba, which carried out the attacks that killed 166 people and injured hundreds more.
Lulejian argued that if Rana is extradited to India and the Indian courts convict him of the charges of conspiracy to commit murder and/or murder, he faces the possibility of the death penalty or life imprisonment.
“In light of these serious penalties, Rana has every incentive to flee the US to a country that does not have an extradition treaty with India or a country that may not extradite him without assurances from India that it will not seek the death penalty,” he told the court.
According to the extradition treaty between Canada and India, extradition may be refused when the offence for which extradition is requested is punishable with death under the laws of the requesting state and the laws of the requested state do not provide such punishment for the conduct constituting the offence, unless India assures Canada that the death penalty shall not be executed, if imposed.
“Thus, if Rana were to flee to Canada, he may escape the possibility of being sentenced to death for his alleged role in facilitating the murder of 166 men, women and children. Rana should not be given the opportunity to potentially create such a result, which would be an affront to the victims and their families, as well as the Indian legal system,” said the US attorney.
In addition to being a flight risk, Rana, a convicted terrorist, poses a danger to the community, the US attorney said.
As detailed above, a federal jury convicted him of conspiracy to provide material support to terrorism in Denmark and to Lashkar-e-Taiba.
The fact that Rana conspired with Headley and members of a terrorist organization, knowing what would happen, demonstrates his lack of respect for human life, Lulejian argued.
At Rana’s trial in Chicago, the US presented evidence that but for the intervention of law enforcement aganecies, attackers were planning to storm the Jyllands Posten facility in Copenhagen, take hostages, behead innocent employees of the newspaper, throw their heads to the street below, and set up a stronghold fight to the death with Danish forces.
Further, Headley testified at trial that after Rana, who provided him the cover to conduct surveillance of Mumbai, learned that Lashkar-e-Taiba mercilessly slaughtered approximately 166 men, women and children in that city, he praised the attacks, stating that the victims deserved it, he informed the Los Angeles court.
“If India convicts Rana of the charges of conspiracy to commit murder and/or murder, he does not face a sentence of years, but instead a potential life sentence or the death penalty. Thus, the justification used for shortening Rana’s sentence is not applicable in the instant case where the penalties are more significant,” the attorney said.
Asserting that Rana poses threat to the community if released on bail, the US attorney said in the years since the attacks in Mumbai and the plans to attack the Danish newspaper, he has never publicly expressed remorse for his conduct, disavowed his actions, or his association with Lashkar-e-Taiba, which remains an active terrorist organization.
“Rana’s lack of empathy and his callous and wanton disregard for human life demonstrates that he continues to pose a danger to the community today as he did 11 years ago,” said the US attorney. (PTI)