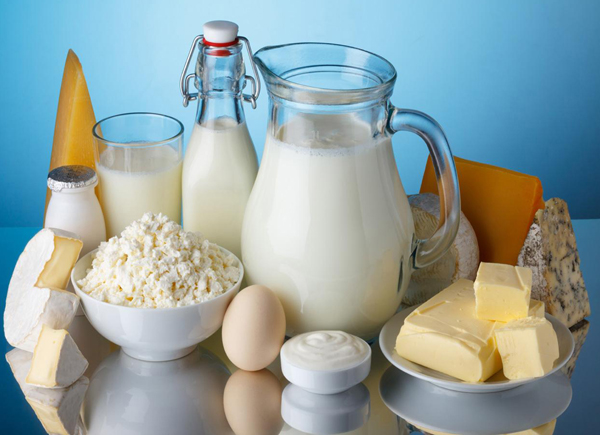 Maneka Sanjay Gandhi
In today’s newspapers I read that doctors in the US have advised that men who want children should freeze their sperm before they are 25, as one in 6 men become infertile very quickly.
In a previous article, I had discussed the studies that prove animal fats are related to decline in semen quantity and quality. While this may have seemed like enough reason for men to stay away from meat and dairy, there are still more compelling factors.
Fat-soluble oestrogen – the primary female sex hormone – is present in very high concentration in dairy and other animal products like eggs. In fact, milk and dairy products are the largest source of dietary oestrogen for humans. They account for 60-70% of the estrogens consumed. This has a ‘feminizing’ effect on men. Studies have shown that men who consume more milk and dairy products have higher levels of estradiol, a ‘female’ hormone. This can lower the body’s production of testosterone – the primary male sex hormone – with the effect of raising voice pitches, increasing male breasts and erectile dysfunction.
Modern dairy farming practice is even worse for men. Over 75% of commercial milk originates from pregnant cows – a time when their oestrogen levels are markedly high. With years of genetic tampering, cows and buffaloes now give milk throughout their pregnancy. Further, most milk producers make their animals pregnant within a couple of days of their giving birth, to maximize production. The cow is thus pretty much always pregnant, producing oestrogen high milk through the year. There was a time when 3 litres of milk in a native cow was considered excellent. Now, the cow/buffalo owner aims for up to 15 litres a day, and abroad this goes up to 24 litres per day. This is far from natural.
The whey of milk from non-pregnant cows has about 30 pg/mL of estrone sulphate – a natural steroid found in oestrogen. This increases to 151 pg/mL during early pregnancy and goes up to 1000 pg/mL at the last stages of the pregnancy. Milk particularly holds high levels of steroids from oestrogen, twice as much as is found even in the plasma of the animal (which means her milk is worse than her meat for men). The average range of healthy estradiol levels in men is usually 10 to 40 pg/mL. Estradiol is a steroid, an oestrogen, and the primary female sex hormone. It is used to treat symptoms of menopause such as hot flashes, and vaginal dryness, burning and irritation.
The increased oestrogen levels in pregnant cows are essential to sustain the new life in their wombs and when they are young. However, most calves of dairy cows are separated from the mothers soon after their birth and bottle fed with powdered milk, or the milk that is considered unfit for humans. The milk, along with its high oestrogen content intended for the growth of the baby in the womb and the baby calf, is diverted to humans instead.
Meat is another major source of oestrogen in our diet. This is more prominent in modern animal farming practice, where it is common to give cattle food, injections or subcutaneous implants of oestrogen, often in combination with other hormones. This encourages early maturity of animals, increases their weight faster so that slaughterhouses can kill them sooner, thus increasing production and profits.
Xenoestrogens – chemicals with demasculinizing, or feminizing effects, are found in animal fat and cannot be removed by washing and cooking. Through consumption, these accumulate in human fat.
In a study conducted in the USA with approx. 40,000 men visiting a sperm lab, it was found that an increase in semen quality was associated with a decrease in mortality, pointing to the fact that semen quality may therefore be an important marker of overall male health. This is not to be taken lightly. Apart from the ‘feminizing’ effect that dairy and meat can have on men, they also increase the chances of testicular and other kinds of cancer, due to increased levels of oestrogen.
Studies show that high level of oestrogen can increase the risk of heart disease. Conversely, there are numerous studies indicating that higher testosterone levels can drastically reduce the risk of cardiovascular disease among men.
If you are worried that giving up milk will affect calcium intake, think again. Green leafy vegetables not only contain more calcium than milk, this calcium is also absorbed much more easily into our bodies through vegetable consumption.
So, if you find that your body looks less and less like that of a male, and you have a problem sexually, stop consuming extra oestrogen. This means cutting out animal fats, such as milk, milk products, eggs and meat, from the diet. Cruciferous vegetables, like broccoli and cauliflower, contain indole-3-carbinole, which is effective in reducing the oestrogen levels in the body. Other effective foods are mushrooms, pomegranate, red grapes, seeds (flax, sesame etc.), whole grains (wheat, oats, millet, barley, rice etc.) and green tea. So go on. Make the change.
PS: Scientists in the journal Proceedings of the National Academy of Sciences have found that the pesticide atrazine can turn male frogs into females. The atrazine levels experimented with were what the frogs would experience in environments where the pesticide is used, and below levels that are considered safe for drinking water. Scientists compared this atrazine-exposed group with male frogs reared in atrazine-free water. At the end of the experiment, all frogs in the atrazine-free group remained male, while 10 percent of the frogs exposed to atrazine were completely feminized — they had female anatomy, including ovaries. Frogs exposed to atrazine also had reduced testosterone levels, decreased fertility, and showed less mating behaviour.
Atrazine is used commonly in India, specially on corn (bhutta). It is banned in Europe. Since atrazine interferes with the production of the sex hormone oestrogen, present in people and frogs, the findings could have implications for humans as well.