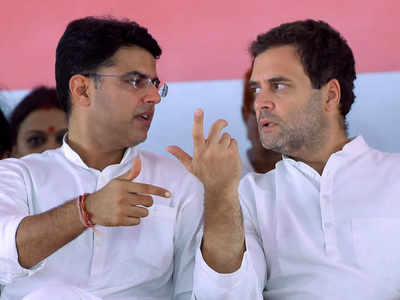 NEW DELHI : Ahead of the crucial Rajasthan assembly session from August 14, rebel Congress leader Sachin Pilot on Monday met party leaders Rahul Gandhi and Priyanka Gandhi Vadra here, amidst indications of a possible breakthrough.
Top Congress sources said the meeting took place a little after noon at Rahul Gandhi’s residence and a “positive outcome” was expected.
Sources also confirmed said that Pilot has been in touch with the top Congress leadership and a formula for his return was being worked out.
Pilot and 18 other MLAs have rebelled against the Ashok Gehlot-led Congress government in Rajasthan, leading to Pilot’s sacking as deputy chief minister and state party chief. (Agencies)