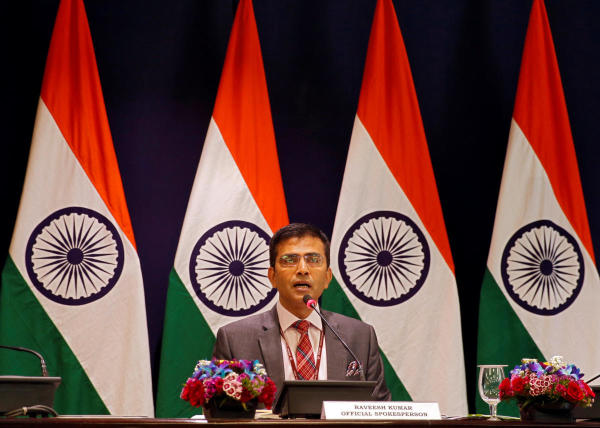 NEW DELHI: Seasoned diplomat and former spokesperson of the External Affairs Ministry Raveesh Kumar has been appointed as India’s next Ambassador to Finland, the government announced on Wednesday.

Kumar, a 1995-batch Indian Foreign Service officer, served as the spokesperson of the MEA from July 2017 to April 2020 during which he deftly articulated India’s position on a number of sensitive issues including last year’s Balakot strike, reorganisation of Jammu and Kashmir and the controversy surrounding the National Register of Citizens.

“He is expected to take up the assignment shortly,” the MEA said.

Before becoming the MEA spokesperson, Kumar was serving as Consul General of India in Frankfurt.

Kumar started his career at the Indian Mission in Jakarta and it was followed by his postings in Thimpu and London.

In his nearly 25-year career, Kumar also looked after the East Asia desk in the headquarters of the MEA in Delhi and served as Deputy Chief of Mission in Jakarta followed by his posting as Consul General in Frankfurt from August 2013 to July 2017.

In Finland, he succeeds Vani Rao.

Finland is an important country for India in Europe, and bilateral trade has been on an upswing in the last few years.

Around 35 Indian companies have invested in Finland in IT, healthcare, hospitality and automotive sectors while over 100 Finnish companies have operations in India in energy, textiles, power plants and electronics sectors. (AGENCIES)