MAJALTA, Jan 30: Former minister and NPP chairman Harsh Dev Singh today said that with not a single new development project having been sanctioned during the last four years, Ramnagar constituency remained one of the most neglected constituencies of the State during the erstwhile BJP-PDP regime.
Addressing public meetings at Khoon and Deot in Majalta area of Ramnagar constituency today, NPP leader said that Govt refused to entertain the constituency in terms of new schemes, the old and ongoing schemes were also brought to a grinding halt by the highly irresponsible and apathetic conduct of the mandated leaders and the executing agencies. The cumulative effect of the lackadaisical and indifferent approach of the politicians and officers led to the economic slowdown in the constituency which once had earned the distinction of fastest growing Assembly constituency, Singh said.
Expressing concern over the derailed developmental scenario in the town as well as the remote villages, Singh said that those who indulged in incessant chest thumping in the name of development stood fully exposed before the masses. They are the people who had won by fluke, by bluff and blusters. They had taken recourse to deceptive slogans to hoodwink the gullible masses in elections. The people had recognized their real face and character during the last four years and would give them a befitting reply at the hustings for having betrayed them, Singh said.
Asserting that Modi wave had subsided in the country and state, Singh said that the fake politicians who had no legs to stand on their own could face the most humiliating debacle. “They come with the wind and would go with the whirlwind. Such politicians who cheated their electorates would get eclipsed shortly,” Harsh Dev said.
Referring to the shabby plight of the rural roads in the constituency, Harsh Dev called for their early repairs and renovation. He regretted the fatal bus accident which took place in Kuh Nala, Ramnagar last week due to dilapidated and pot holed roads and called for fixation of accountability. He called for early up-gradation of Balpur-Sundla-Babey road which catered to a population of more than 15000 souls but was in a dilapidated condition for the last 3-4 years. 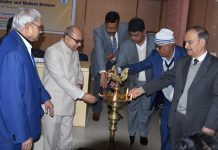 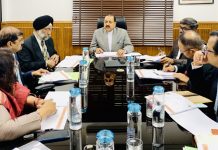 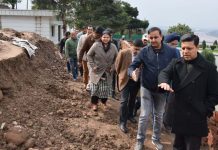 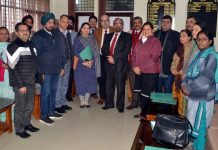 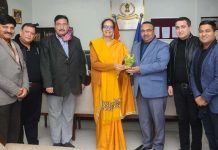 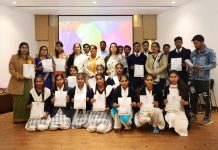 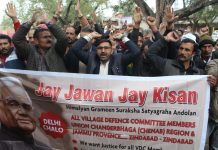 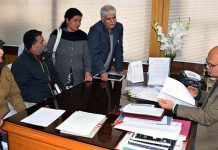 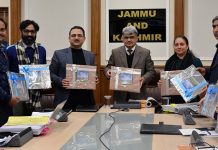 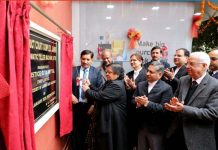