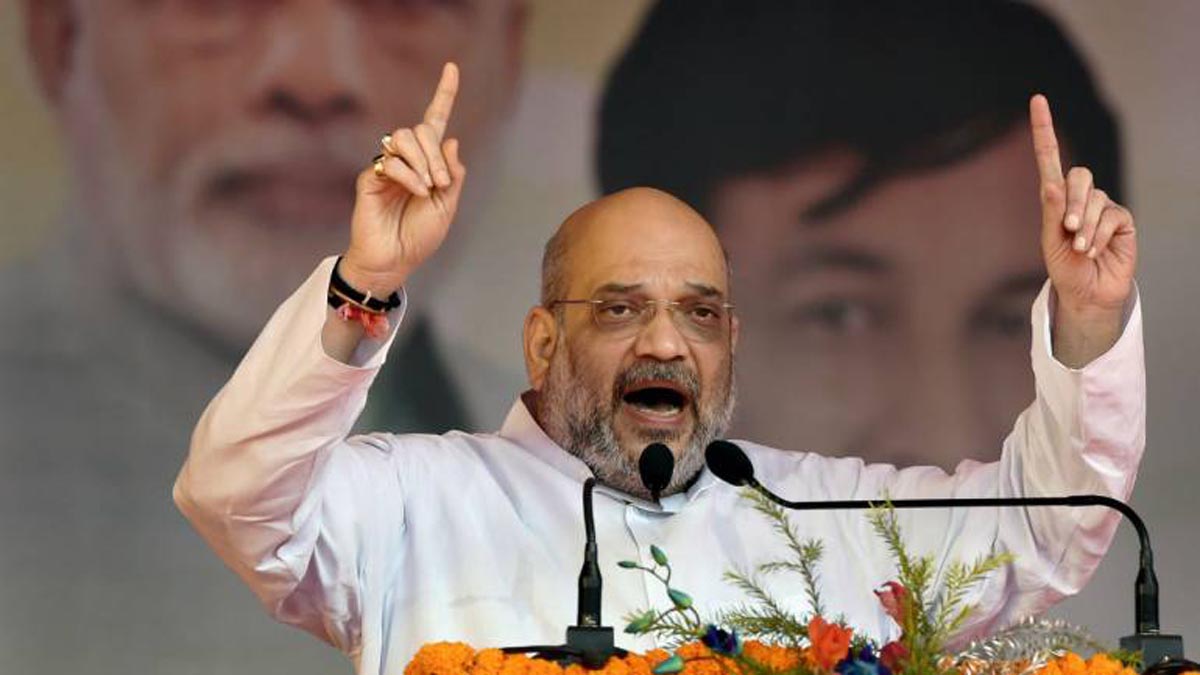 RAIPUR, Nov 10:
BJP chief Amit Shah Saturday lauded the Raman Singh Government for making Chhattisgarh “almost free” of Naxalism and targeted the opposition Congress, saying a party that thought the rebel movement was a medium for revolution could not do any good for the state.
He further hailed the Bharatiya Janata Party-led Chhattisgarh government for developing the state as a hub of power and cement production.
Shah exuded confidence that the saffron party would win the Chhattisgarh Assembly polls, slated to be held this month, for the fourth straight time.
Addressing a press conference here after releasing his party’s manifesto ahead of the first phase of polling in the state on November 12, Shah said, “The BJP government under Chief Minister Raman Singh has contained Naxalism and made the state almost free of it.”
“A party that feels Naxalism is a medium for revolution cannot do any good for Chhattisgarh,” he said, while attacking the Congress.
Shah was apparently referring to Uttar Pradesh Congress president Raj Babbar’s remarks last week, when the latter had reportedly said Naxals had launched a “revolution” that could not be stopped through guns and the menace should be resolved through talks.
When Babbar was asked whether he was suggesting that Naxals were revolutionaries, he had said, “I want to clarify that I said the issue could be solved through talks with those who called themselves revolutionaries by indulging in acts of terrorism.”
Releasing the BJP’s manifesto for the Chhattisgarh polls, Shah said for his party, revolution was providing gas connections, electricity, education, employment to the poor and deprived sections of the society.
“Taking on the Congress’s propaganda and working tirelessly for the state’s development for the last 15 years is a big challenge. I am confident that the BJP will win a straight fourth term in office,” he said.
The BJP chief claimed that the Raman Singh government had broken all records of development in its last three terms.
“The Congress ruled the country for 55 years, but it is the BJP which is working hard to ensure that the fruits of development reach the last person in the society. The manifesto for the fourth term in office has been prepared by consulting all sections of the society. I assure you that all the promises made will be honoured.
“Whatever Raman Singh had promised in his earlier manifestos, he has implemented. The BJP, in its fourth term, will be committed to working for the state’s development,” he said.
Earlier known as a BIMARU state, Chhattisgarh was now a “power and cement production hub”, Shah said, and lauded the Raman Singh government for initiating several welfare measures for the state’s prosperity and making the Mahatma Gandhi National Rural Employment Guarantee Act (MGNREGA) scheme corruption-free.
MGNREGA was a flagship scheme of the previous Congress-led United Progressive Alliance (UPA) government for providing employment guarantee to the people in the rural areas.
BIMARU — an acronym formed with the first letters of the names of the states of Bihar, Madhya Pradesh, Rajasthan, and Uttar Pradesh — was coined in the mid-1980s to refer to the poor economic conditions prevailing in those states.
The 90-member Chhattis-garh Assembly will go to the polls in two phases — on November 12 and 20 — and the results will be announced on December 11. (PTI)