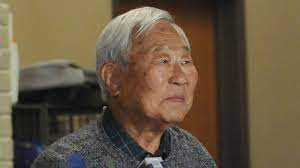 Los Angeles, Mar 1: Ralph Ahn, best known for his recurring role as Tran on Fox series “New Girl”, has died. He was 95.
According to The Hollywood Reporter, Korean American Federation of Los Angeles reported that Ahn passed away on February 26 death but did not provide details.
The actor’s career spanned over 65 years with credits such as 1950s shows “Terry and the Pirates”, “21 Beacon Street”, “China Smith”, and popular more recent shows like “Gilmore Girls”, “ER”, “The Shield”, and “Walker, Texas Ranger”, among several others.
Ahn is most remembered for his role of Tran, a mostly smiling and nodding sagacious grandfather figure to co-lead Nick Miller (Jake Johnson), on the popular sitcom.
He appeared in seven episodes spanning the show, headlined by Zooey Deschanel, its 2011-18 run.
Playing a character of very few words, Ahn spoke only two lines of dialogue. He first appeared on the show during its second season, when Johnson’s Nick befriends Tran at the park and seeks guidance from him. Nick soon refers to him as his “magical best friend”.
Johnson paid tributes to the late veteran on Instagram, saying he always hoped he would get a chance to work with Ahn once again.
“RIP. So much fun to work with. He gave so much with literally no lines. I loved when he was on set. I was always expecting to somehow work with him again. Condolences to his family/friends,” he wrote Monday alongside a picture of Ahn.
In response to Johnson’s post, Deschanel commented with a crying emoji face, writing, “Noooooo.”
Born on September 28, 1926, in Los Angeles, Ahn (real name Ahn Phil-yeong) was the youngest child of Ahn Chang-ho, aka Dosan, a Korean independence activist who was among the earliest Korean immigrants to the USA. He served in the U S Navy during World War II and eventually followed his older brother Philip, one of the first Asian American actors, into acting.
Ahn’s other TV credits are “The Division”, “Suddenly Susan”, and “The Good Life”. His big screen appearances include “Lawnmower Man 2: Beyond Cyberspace”, “Amityville: A New Generation”, “The Perfect Weapon”, “Let It Rise”, “Younger and Younger” and Mel Brooks’ “Life Stinks”. (PTI)