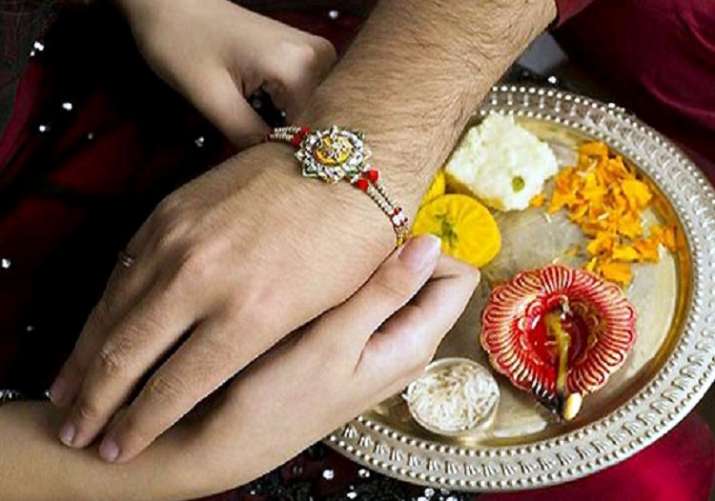 Raksha Bandhan festival is the symbol of seeking protection from powerful ones by weaker ones. The two Sanskrit words “Raksha” and “Bandhan” i.e. “Bond of protection”. symbolizes sincere and lofty human emotions. The occasion also has a pledge for spiritual, cultural and moral values.
There are several mythological and religious stories regarding Raksha Bandhan. There was a battle between gods and demons, in which Devraj Indra was in fear to lose. Then Indrani, the wife of Devraj, prepared a sacred thread with her religious power and tied it around Indra’s right hand with a wish that it will protect him from demons. Her wish came true when later day gods defeated domons and Indra along with other gods returned safely.
Mahabharat narrates that once Bhagwan Krishna was flying a kite, during which his finger got cut with the thread. Seeing the blood, Draupadi immediately tore a piece of cloth from her Saree and tied it on Krishna’s wounded finger. Krishna promised to protect her against all odds throughout his life-time which were fulfilled during Chirharan and various others occasions. As per another mythology, Yamraj, the god of death, has visited her twin sister Yami or Yamuna after a long time of 12 years on Sharawan Purnima. Yamuna tied the sacred thread on Yamraj’s wrist and Yamraj announced that whoever promises to protect his sister on this occasion will stay immortal; thus following the tradition of Raksha Bandhan.
Raksha Bandhan is also based on several happenings in history as well as faiths. The Sikh Maharani Jindan, wife of Maharaja Ranjit Singh , used to tie Rakhi to Nepal Naresh Jung Bahadur. In 1849, when English conquered Sikh territories, Jindan was given shelter by Jung Bahadur. In 326 BCE, when the battle between Alexandar and Raja Porus was at its peak, Roxana, the wife of Alexander, sent Rakhi to Porus with a request to not harm her husband. Porus stopped attacking Alexander personally.
Around 1535 CE, Rani Karnavati, widowed queen of Rana Sanga, realized that she could not protect her territories Chittorgarh from invasion of Sultan of Gujrat, Bahadur Shah, and she sent a Rakhi to Humayun asking for his help. Humayun immediately set off, but by then the Sultan had already conquered the fortress and Rani had immolated herself as Jauhar. Humayun restored Karnavati’s son, Vikramjit, to the throne. In 18th century, Sikh Khalsa armies initiated Rakhi system as a promise to protect peasant farmers from Afghan invaders.
Raksha Bandhan is celebrated in India, Nepal, Mauritius, Fiji, Pakistan, Bangaladesh and South Asian countries. Although it is said to be festival of Hindus along with its other originating sects Sikh, Buddhist, Jain; but in various parts of the country it can be seen to be celebrated among Muslims, Christians and Parsis too. The brother-sister bond in celebrating Raksha Bandhan do not mean just blood relation, but cousins, sisters, sister-in-laws, fraternal aunt, nephew, and other equivalent relations. A sister is the gift to the heart, a friend to the spirit and a golden thread to the meaning of life. The brother and sister try to visit each other in order to bring back the solidarity of the family and binding the family in emotional bond of love.
In addition to real life, the festival has been portrayed in reel-life of movies too. The big as well as small screens acted as a catalyst to spread the festival vibes among the people. The scenes and songs have connected the people to understand the brother-sister relation more prominently. Numerous melodious famous songs like” Bhaiya Mere Rakhi Ke Bandhan Ko Nibhana “, ” Bahna Ne Bhai Ki Kalai Pe Pyar Bandha Hai ‘, ” Ek Hajaron Mein Meri Bahna Hai”, “Meri Bahna Jaisi Na Hogi Kisi Ki Bahna Re”, ” Ye Rakhi Bandhan Hai Aisa “, ” Rakhi Dhagon Ka Tyohar “, ” Mere Bhaiya Mere Chanda “, ” Rang Birangi Rakhi Le Ke Aayi Bahna “, ” Mere Rakhi Ki Dor Kabhi Ho Na Kamjor, Bhaiya De Do Kalai Bahan Aayi Hai “, etc. are powerful enough to make the people emotional.
As trees are the life supporting natural system for human beings by absorbing harmful gases like Carbon Di-oxide and releasing oxygen; so on this day, the environmentalists tied Rakhi around the trees with a messages to protect it and conserve the nature. In rural areas, the priests tie sacred Bandhan on their Yajman’s wrist, give blessings and in return obtain Dakshina for their livelihood.
In present era of globalisation, Raksha Bandhan could not be restricted to just bond between brother and sister, the relationship could be generalized in every sector of life, i.e. from bond of protection between privileged and under-privileged sections of society to developed and underdeveloped nations.
The thread of Rakhi is considered as non-breakable chain and it binds the pious relationship in an inseparable bond of love, trust and care. It has social significance as it underlines the notion that everybody should live in harmonious co-existence with each other.
(The author is a technocrat and academician) 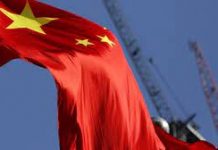 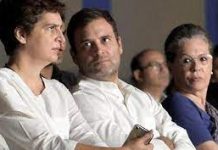 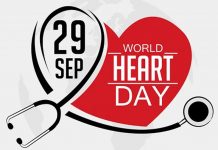