ULAANBAATAR, Sept 6:
Rajnath Singh, the first Indian defence minister to visit Mongolia, met the top leadership of the country here on Tuesday, including President Ukhnaagiin Khurelsukh, and discussed ways to further deepen the multifaceted strategic partnership between the two countries.
Defence Minister Singh is on a five-day visit to Mongolia and Japan beginning Monday with an aim to expand India’s strategic and defence ties with the two countries in the backdrop of evolving regional security matrix and geo-political turmoil.
Singh’s visit to Mongolia from September 5 to 7 is the first-ever tour to the East Asian country by an Indian defence minister.
“Excellent meeting with the President of Mongolia, H.E. U. Khurelsukh in Ulaanbaatar. Recalled my last meeting with him in 2018, when he was the Prime Minister of the country. We are fully committed to further deepening our multifaceted Strategic Partnership with Mongolia,” he said in a tweet.
“Glad to interact with the Speaker of Mongolian Parliament, Mr. Zandanshatar. Complimented him on his consistent support to promote and expand our shared heritage of Buddhism,” he said in another tweet.
Earlier, Singh and his Mongolian counterpart Saikhanbayar Gursed held in-depth deliberations on adding further momentum to India-Mongolia defence cooperation.
“During 1st ever visit to Mongolia by @Defence MinIndia, Hon. Sh @rajnathsingh was accorded Guard of Honour & held extensive discussions with Mongolian Defence Minister Gen. Saikhanbayar, to intensify defence coop & consolidate strategic partnership,” the Indian embassy in Ulaanbaatar tweeted.
From Mongolia, the defence minister will travel to Japan for a two-day visit from September 8 to 9. The ‘2+2’ dialogue is set to take place on September 8. The dialogue is taking place over five months after Japanese Prime Minister Fumio Kishida visited India for the annual India-Japan summit.
Announcing Singh’s visit to Mongolia on Sunday, the defence ministry said it will further consolidate the defence cooperation and strategic partnership between the two countries.
“The two democracies have a common interest in fostering peace and prosperity in the entire region,” the ministry said in a statement.
It said India and Mongolia share a strategic partnership and defence is a key pillar of this partnership.
The bilateral defence engagements with Mongolia have been expanding over a period of time to include wide-ranging contacts between the two countries, including joint working group meetings, military-to-military exchanges and capacity building and training programmes.
Prime Minister Narendra Modi paid a visit to Mongolia in May 2015, bringing a renewed vigour to the ties in diverse areas including defence and security.
During the visit, India announced a USD 1 billion line of credit to Mongolia for infrastructure development and upgraded their ties to the strategic partnership. Joint India-Mongolia military exercise ‘Nomadic Elephant’ is held annually.
The last two editions of the exercise were held at Ulaanbaatar (Mongolia) in September 2018 and in October 2019 in Himachal Pradesh. (PTI) 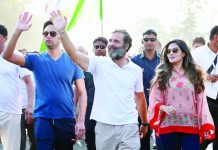 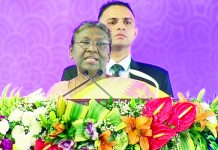 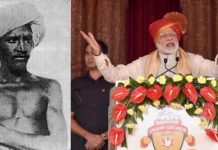