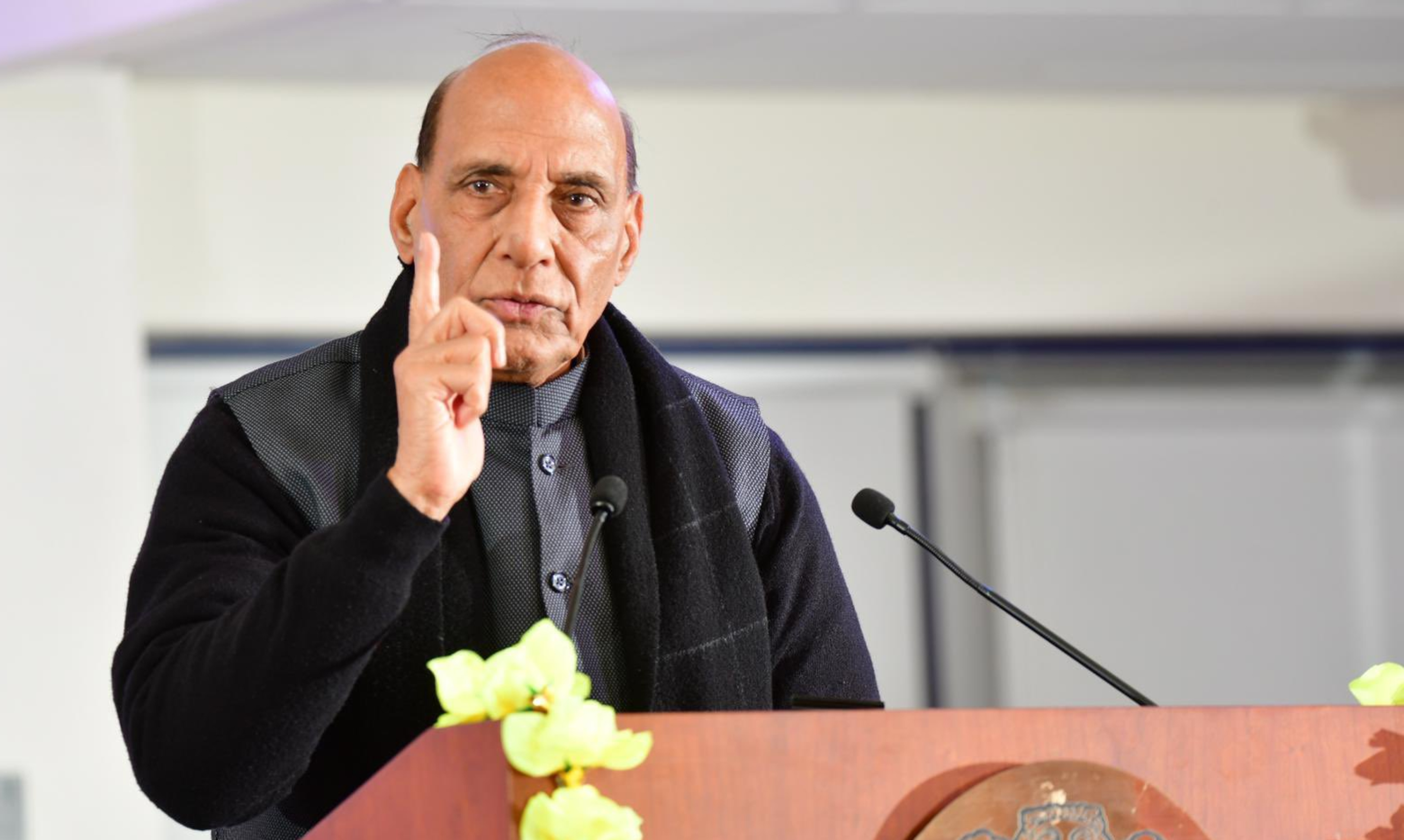 *DM yet to take call on Victory Day visit to Kargil

JAMMU, July 20: Defence Minister Rajnath Singh and Rashtriya Swayam Sewak Sangh (RSS) national general secretary Dattatreya Hosabale are visiting Jammu on July 24 on a day’s visit during which they will honour families of all martyrs of Army, paramilitary forces and Jammu and Kashmir Police since 1947 in a function being organized by a social organization.
This will be Defence Minister’s second visit to Jammu in little over a month. He visited here on June 17 on the occasion of 200th year of coronation of Maharaja Gulab Singh.
The visits of Rajnath Singh and Dattatreya Hosabale to Jammu assumed significance as they come close on the heels of preparations being made by the Election Commission of India and the Chief Electoral Officer (CEO) J&K for conduct of Assembly elections in Jammu and Kashmir though no formal meeting of Rajnath is scheduled with the BJP leaders.
However, since the function is being organized by Jammu and Kashmir People’s Forum (JKPF), which is indirectly linked to the RSS and senior BJP leaders from Jammu region will be present at the function, an informal interaction on sidelines of the meeting is not ruled out.
Prominent RSS leaders from Jammu will also join the function.
“This is for the first time that families of all martyrs in Jammu and Kashmir since 1947 will be honoured in a function. Be they the families of martyrs from Army, Central Armed Police Forces (CAPFs) or Jammu and Kashmir, the organizers have identified all martyrs who sacrificed their lives for cause of the nation and J&K and they numbered more than 2000. Kin of all of them have been invited to the function and will be honoured,” sources said.
They added that since the number is quite big, the next of kin of martyrs will be honoured in groups.
The function is being organized at Gulshan Ground. All arrangements for the function have been finalized.
On whether the Defence Minister will review security situation in Jammu and Kashmir and the Line of Control (LoC) during his visit, sources said things would be clear in next couple of days.
However, since the Parliament is in session, the Defence Minister is preoccupied.
A proposal has reportedly gone to the Defence Minister to join the function on Kargil Victory Day celebrations at Drass in Kargil district in the Union Territory of Ladakh from July 24-26.
“The proposal is yet to be approved,” they said.
Army has been holding series of functions to mark Kargil Victory Day celebrations at Drass from July 24-26. Visit of Army chief Gen Manoj Pande to Drass is also not ruled out though there has been no confirmation so far. The Northern Army Commander will visit Drass for which all arrangements are being made.
Army celebrates Kargil victory every year on July 26 as it was on this day in 1999 that Indian troops had evicted last Pakistani intruder and took full control of Kargil heights from Pakistan.
The limited Indian war with Pakistan in Kargil heights lasted nearly three months and Indian operations there were known with the name of ‘Operation Vijay’. Over 500 Indian soldiers were martyred in the war while there were heavy losses on Pakistani side.
Several functions ahead of Kargil Victory Day celebrations have already started including bike and cycle expeditions which are being organized by the Army.