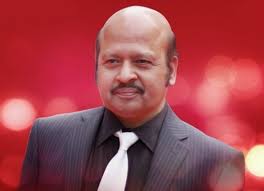 Directed by Vishal Mishra, the film is produced by Vivek Oberoi under the banner Oberoi Mega Entertainment, Mandiraa Entertainment and Girish Johar.

Taking to micro-blogging site Twitter, Vivek Oberoi on Friday said,”Feel honoured to have the legendary #RajeshRoshan on-board, to compose music for @ItiTheFilm. Thank you sir for doing this for us, looking forward to creating magic with you! ”

Earlier in the day, Vivek introduced his character and released a poster for the same. “Introducing #PrabhuSingh, my character from @ItiTheFilm This one’s different and very special to me. Watch out for him, hope you love him as much as I got fascinated with him!” Vivek captioned.
Mandiraa Entertainment said,” We’re so excited and truly honoured for #RajeshRoshan to join @ItiTheFilm.”
On June 30, Vivek had made an official announcement for the movie.
“Excited to announce our 1st film- #Iti Produced by @mandiraa_ent & my home production Oberoi Mega Ent. A high concept thriller directed by the talented @mishravishal. To go on floors by Oct’20 #PrernaVArora Heartfelt thank you to each one of you for all your love & support,” the actor had tweeted.