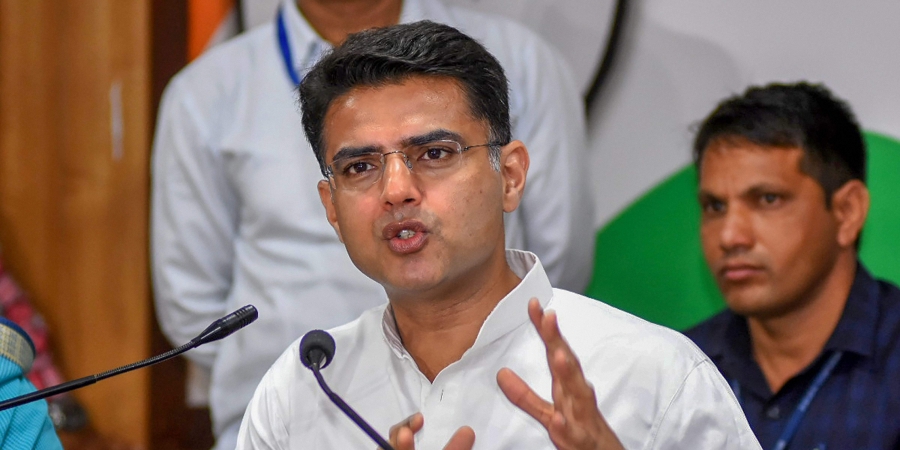 The meeting, which lasted for one-and-a-half hours, assumes significance in the wake of the recent political developments in the state.

However, Khachariyawas, who earlier was in Pilot camp and switched to Chief Minister Ashok Gehlot camp during the political crisis in 2020, said on Tuesday that talks with Pilot was nothing new. He refused to divulge details of the meeting.

Pilot, who was considered the front runner for the CM post in case Gehlot contested election for party’s national president post, went to the residence of Khachariyawas on Monday night.

There was no statement from Pilot about the meeting. But Khachariyawas told reporters in secretariat that having talks with Pilot was nothing new because he and Pilot sit on the same bench in the state assembly.

However, he said that it was after a long time that the meeting took place.

“It’s nothing new if we talked. We have been talking in the assembly. If Pilot sahib comes to my house, then obviously we will not do ‘Bhajan Keertan’…will do all talks. We talked about everything and what we talked about is not worth sharing here,” he said.

“I met the Chief Minister. I am a Minister, and meeting with him also keeps happening,” he said.

While interacting with reporters after the meeting, Gudha said that the heart of Khachariyawas is with Pilot.

“I know Pratap Singh Khachariyawas for a long time. He is an affable person. His heart is with Pilot,” he told reporters after meeting Pilot.

A video of Gudha has also emerged on social media on Tuesday in which he is heard telling a gathering that conspiracies were hatched to spoil Pilot’s image. He also praised Pilot for his patience and compared him with Abhimanyu, a warrior from the Hindu epic Mahabharata.

Gudha, who was considered close to Gehlot, has recently given statements in support of Pilot.

Meanwhile, Gehlot held a meeting of secretaries of various departments to review the implementation of budget announcements while Pilot also met people at his residence.

The political crisis in the state unfolded with the party’s move to hold a Congress Legislature Party (CLP) meeting at the chief minister’s residence on September 25.

This was seen as an exercise to change the Chief Minister prior to the election to choose the party president for which Gehlot was the front runner.

However, the meeting could not take place because Gehlot’s loyal MLAs held a parallel meeting and handed over their resignation to assembly Speaker CP Joshi against any move to make Pilot the CM.

They wanted to get any of 102 MLAs, who supported the Ashok Gehlot government during the crisis in July 2020 that happened due to the rebellion by Pilot, appointed as the new Chief Minister if Gehlot had to be replaced.

Gehlot has apologized to Sonia Gandhi in Delhi for not being able to get a one-line resolution passed in the CLP meeting. After returning from Delhi, Gehlot started his work normally, indicating that all is well now.

Pilot camp has remained silent all this while.  (PTI)