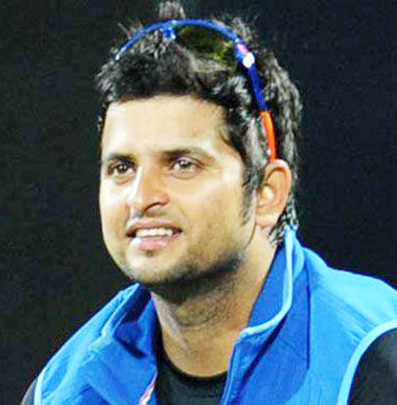 NEW DELHI : Star batsman Suresh Raina was named as skipper for the Rajkot IPL franchise, which is named – Gujarat Lions, for the upcoming ninth edition of the cash-rich league.
The franchise also named Australian Brad Hodge as chief coach of the team. “Till now I played with the greatest captain in the IPL. This year its a new team, the first team from Gujarat,” said Raina at the launch of the team.
“For the last eight years, I have played for Chennai Super Kings, now its a whole new thing. Its an emotional moment and I am very excited to play for the new team,” he added. Apart from Gujarat Lions, Rising Pune Giants is the other new team in the upcoming edition of the league. The teams have replaced the banned CSK and Rajasthan Royals. (AGENCIES)

Militant killed in Budgam, operation on