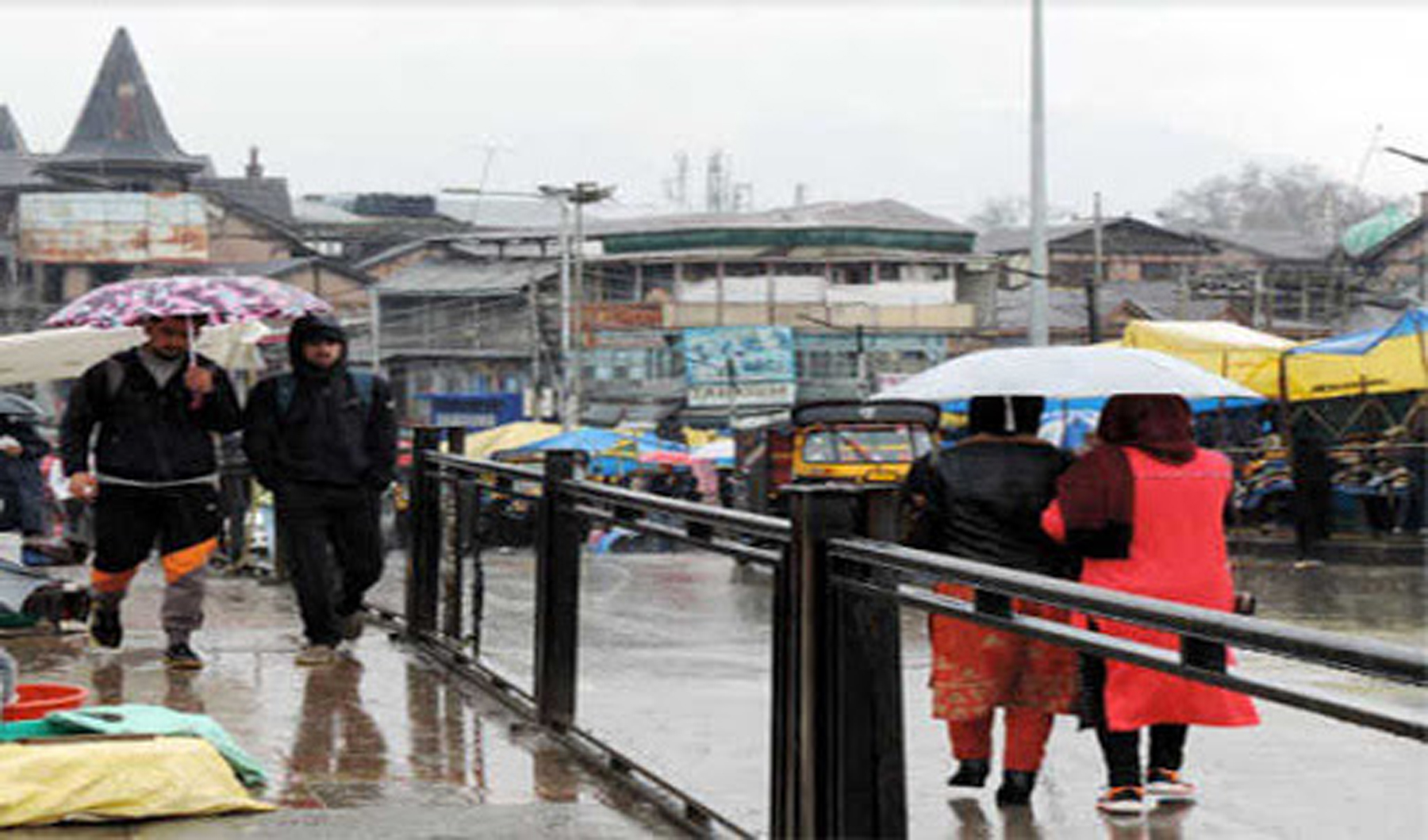 Chill once again revisited Kashmir valley as some upper reaches — including border towns of Gurez, Karnah and Tanghdar — received light snowfall while rain lashed other parts today.
Meanwhile, the night temperature remained below normal at most places in the Valley, where a short spell of rain and snow is predicted during the next 24 hours under the influence of a fresh Western Disturbance (WD), which is active in the region.
A MeT department spokesperson said that light snow, rain and thundershowers would occur at isolated places in the valley during the next 24 hours. “Another WD, which originated from the Arabian Sea and is approaching the region through Afghanistan and Pakistan, would hit the region on Thursday,” he said.
He said under the influence of this WD, light to moderate rain and snow would occur at most places in the Valley for 48 hours from Thursday.
“There is a weather warning for Thursday, when thundershowers and lightning with gusty winds would occur,” he added.
The border town of Gurez, which is surrounded from Pakistan occupied Kashmir (PoK) from three sides, and other adjoining areas, including Tulail valley in North Kashmir district of Bandipora received fresh light snowfall.
Fresh light snowfall was also witnessed in the border towns of Tanghdar, Karnah and adjoining areas in North Kashmir district of Kupwara.
After witnessing slight dip in the night temperature, people woke up to a sunny Sunday morning. However, as the day progressed, the weather became cloudy following by moderate to heavy rain late in the afternoon. Against 6.8 degree recorded on Saturday, the night temperature in Srinagar dipped and settled at 6.4 degree, which is slightly below normal. People had to once again wear warm clothes, including woolens and jackets, to keep themselves warm as the maximum temperature witnessed considerable dip due to wet weather.
He said skies will be partly cloudy to generally cloudy during the next 24 hours in Srinagar, where the maximum and minimum temperatures would settled at 21 degree and 7 degree, respectively.
Rain also lashed world famous ski resort of Gulmarg in the afternoon, resulting in dip in the maximum temperature. The night temperature at Gulmarg, which is known for its ski slopes and quality of snow, remained constant since Saturday at zero degree, which is slightly below normal. “It was still raining in the ski resort, where majority of the hotels are booked till April end. During the last two seasons ‘2019 and 2020’ people associated with tourism at the ski resort did at most zero business. But, his year good footfall of tourists was witnessed,” a hotelier said over the phone.
However, he said with the rise in COVID-19 cases in J&K and other parts of the country, the number of expected to deceased in the coming days.
Other parts of the Valley, including world famous tourist resort of Pahalgam, Qazigund, gateway to the Valley and another tourist resort Kokernag also received moderate to heavy rain, resulting in dip in the maximum temperature.
The mercury at Qazigund and Pahalgam dipped and settled at 0.9 degree and 4 degree respectively. Border district of Kupwara was the only place in the Valley where the night temperature improved and settled at 5.1 degree, against 3.7 degree recorded on Saturday. (UNI)