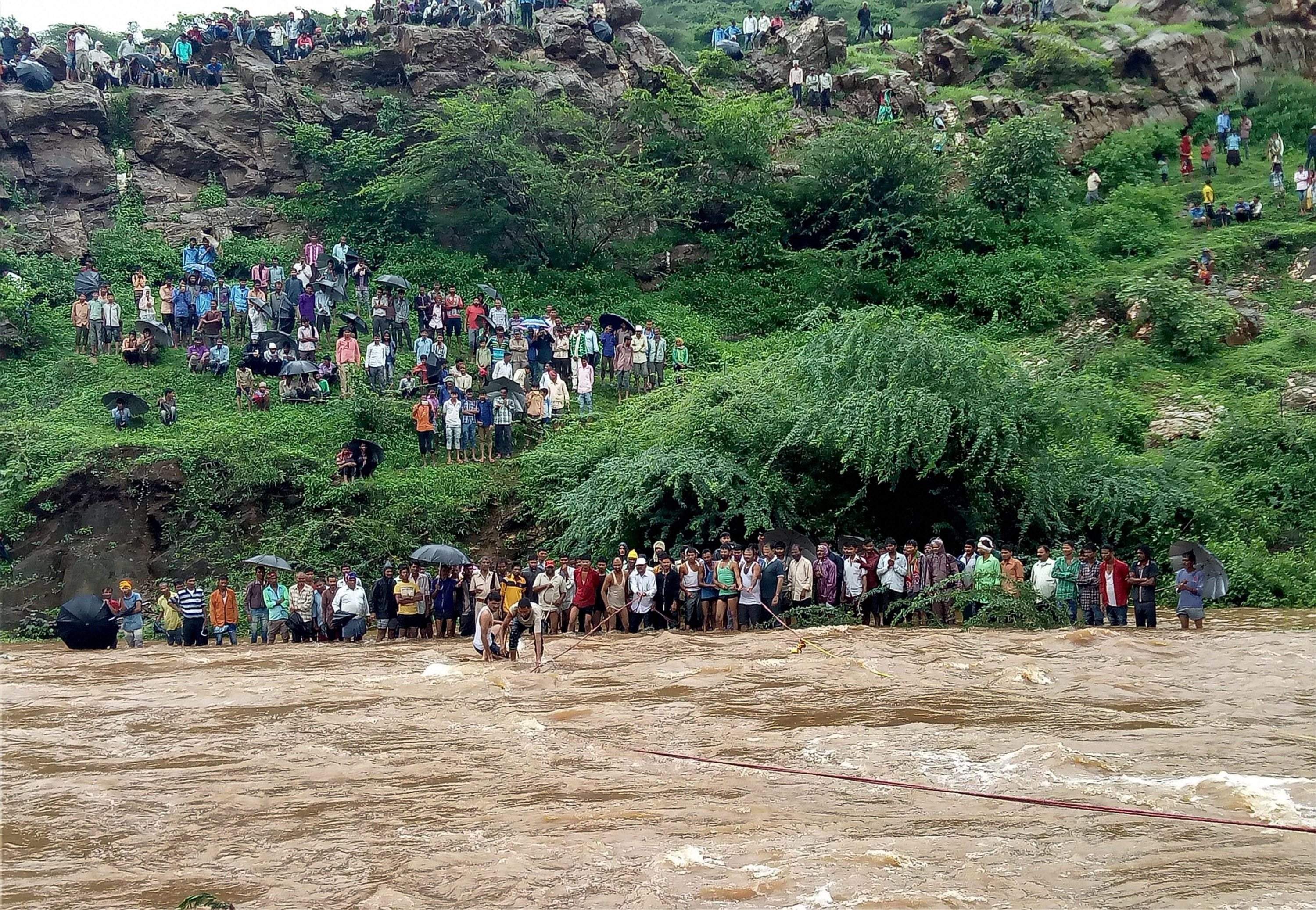 SHIMLA: As many as six people, including two tourists and a trekker, were killed in rain related and weather vagaries or high altitude sickness after heavy rain, flash flood and thunderstorm wreck havoc in Himachal Pradesh during last 24 hrs.

Reports arriving here said that three youth were washed away at Tyuni area on Himachal-Uttarkhand border when they went to take bath in the Paber river on Friday. Two bodies have been traced. Victims identified as Mangeet (28) son of Prem  Nath resident of Chirgaon, Surinder (28) son of Ram Lal of Jubbal area of Shimla and Govind (32-untraced) son of Surat Ram resident of Chirgaon, all hailed from Himachal.

A trekker belonged to Mahrashtra and identified as Harshad Hfate died in snow pass on HP-Uttrakhand hilly terrain when 23 trekkers lost their way after heavy rainfall during a trekking expedition from Sangala of Kinnuar to Harsu Pass in intervening night of Thursday and Friday. The body of the deceased was brought to Sangla by a team of ITBP jawans rescuing others trekkers including two foreigners.  (AGENCIES)