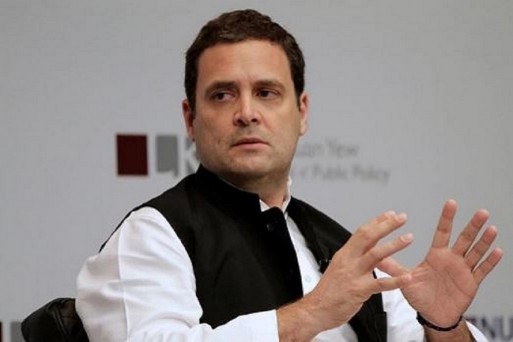 NEW DELHI, Oct 21:
Taking a dig at the BJP, Congress leader Rahul Gandhi on Monday described the BJP’s candidate from Haryana’s Assandh as the “most honest man” in the ruling party after a video went viral in which he is purportedly heard saying no matter which button is pressed on the EVM, the vote would go to the BJP.
Gandhi posted the video in which sitting MLA Bakshish Singh Virk purportedly makes the remarks. Virk has dubbed it as a “fake video” and alleged that it was a conspiracy by his opponents to defame him and his party.
“The most honest man in the BJP,” the former Congress president tweeted along with the video.
After the video went viral, the Election Commission on Sunday issued a show-cause notice to the BJP leader and appointed a special observer to the constituency to take “corrective action”.
It said former deputy election commissioner Vinod Zutshi is being sent to Assandh constituency in Karnal “in light of the video circulating in social media”.
In the video, Virk also purportedly tells a small gathering of his supporters, ”We will come to know who has voted for whom, there should be no misconception about this….” Virk, however, claimed that he never said anything about EVMs . (PTI)