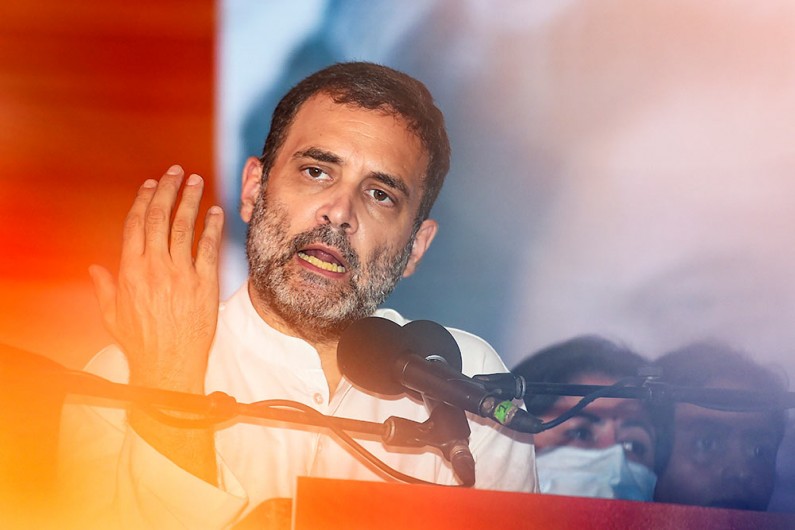 New Delhi, Sept 24: Congress leader Rahul Gandhi on Friday hit out at Prime Minister Narendra Modi alleging that he is “scared” of China.
“Mr 56-inch is scared of China,” he said on Twitter, putting out a short video clip detailing the events at the border with China.
The video, titled ‘chronology samajhiye’ (understand the chronology), is a compilation of news reports on the Sino-India military standoff that erupted in eastern Ladakh on May 5 last year.
The 54-second video also showed the chronology of the events in eastern Ladakh since the standoff broke out.
Gandhi and his Congress party have been critical of Prime Minister Modi’s policy on China.
India on Friday asserted that the “provocative behaviour and unilateral” attempts by the Chinese side to alter the status quo in eastern Ladakh resulted in serious disturbance of peace and tranquillity in the mountainous region.
Ministry of External Affairs Spokesperson Arindam Bagchi rejected China’s fresh comments blaming India for the Galwan valley clashes on June 15 in which 20 Indian Army personnel and at least five Chinese military officers and soldiers were killed.
“Our position with regard to developments last year along the Line of Actual Control (LAC) in eastern Ladakh has been clear and consistent…. It was the provocative behaviour and unilateral attempts of the Chinese side to alter status quo in contravention of all our bilateral agreements that resulted in serious disturbance of peace and tranquillity. This has also impacted the bilateral relations,” Bagchi said. (Agencies)