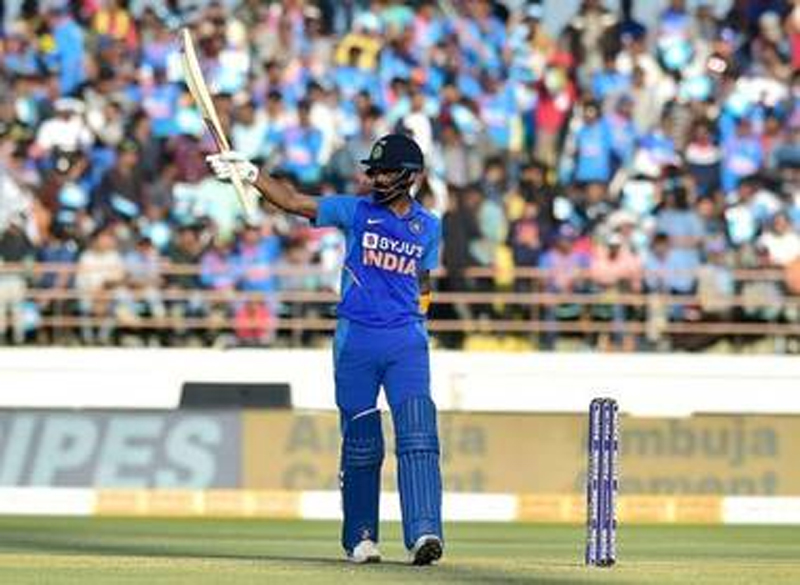 Pakistan’s Babar Azam maintained the pole position with 879 points, while Rahul, who scored 224 runs, including two fifties and a 40 plus score in the five-match series against New Zealand, has 823 points.

Australia captain Aaron Finch (820) remained the top-ranked batsman from the country, bridging the gap between him and Rahul.

New Zealand’s Colin Munro (785) and Australian Glenn Maxwell (721) round up the top five.

There was no change in Kohli’s rankings as the Indian skipper continued to be ninth (673) while India vice captain Rohit Sharma, who is nursing a calf injury, was also steady at the 11th spot with 662 points in the batting list.

David Warner, who finished with 128 runs from three innings, including two fifties, continued his rise up the batting rankings to occupy the 18th spot while compatriot Steve Smith climbed 25 spots to be placed 53rd.