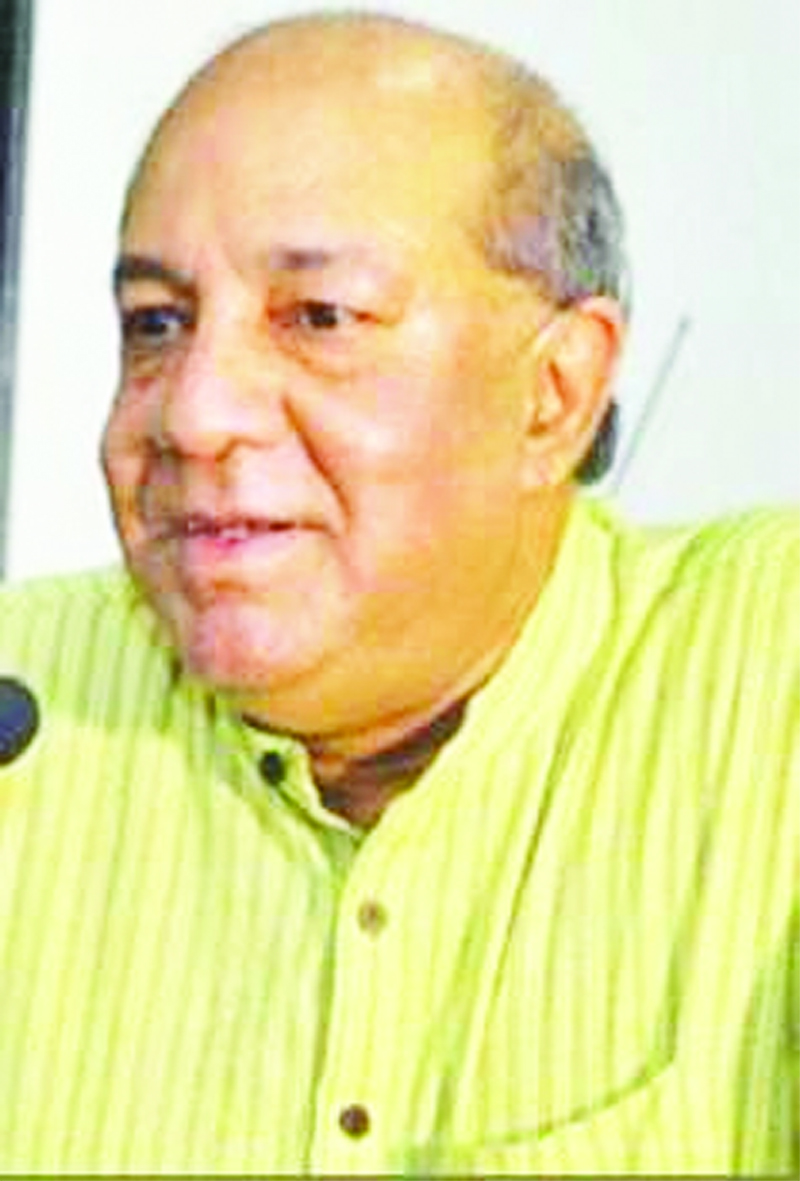 Ravia Gupta
Rahul Jalali (1956- 2019) played a big role in Journalism, bridging Jammu and Kashmir with the rest of the country, weathered storms of several kinds, be it in journalism or in academics and always kept building bridges of dialogues by bringing people from all walks of life together. Till his last he kept shaping the future of journalism in North and the true journalist in him alive….
In the year 2012 when I first met him, I remember very clearly a man who was in a hurry…not for detailed introductions that carried the weight of being so and so, have accomplished this and that, belong here and there etc etc. All he wanted to know was the way to his classroom to meet his students and rest everything else for him in academics in his words was “babu-dom” for which he cared a damn as he would call it!
So in the very first meeting, I hardly understood the man who cared too little to know about me. We took to our roles and jobs in the spirit we were meant to, hardly knowing at that time that they would all meet at some point somewhere. ‘Teaching’ that too journalism to top it all in a “classroom” would suffocate him more than the Chronic Obstructive Pulmonary Disease which was a gift to him for covering Bhopal gas tragedy in the year 1984. Of course, I was cradling my way to life at that time and would have never imagined how my life would open up and bring me closer to people on such great mission.
Day one and students are all out to get cracking on with some meaningful work, with some real journalism as he would call it. They were all on the streets of Jammu to know the real Jammu, meet the real people to understand their real pulse and then have the “nerve” to write about the people, their problems and issues is what remained consistent in all his lessons.
Heart of Jammu city, Residency Road which carried some special childhood memories for Jalali sir, I would address him, was his most recommended place to the students in Jammu. He often mentioned visiting that place during ‘darbar’ move, in his childhood with his father legendary journalist PN Jalali and loved it for the non-veg especially the variety of ‘kababs’ it offered. Besides news, politics, art, culture, history, geography, law, call it any name were all mere means for him to understand life and find a mid-way as Buddhism would call it, to not get swayed away by either extremes of life and simply remain ‘humane’ is what I always found in him. His love for life and knowledge, OLD and NEW was always admirable and inspiring so much so that students called him a walking ‘Encyclopedia’ but for me he was more than that.
Coming from the age and place where patriarchy is still deep rooted, here was the man who was way ahead….For me he was the man who was beyond any boundaries. He was the man in the real sense of the word. He cared for women issues more than they themselves did and understood them even more deeply. Also, was taken by a huge surprise and simply mesmerized by his brilliance of putting things in the right perspective when on one Womens’ Day he decided not only to greet them but brilliantly talked about ‘role of women in terrorism’ at Jammu University. A great story-teller and an excellent eye-opener, given the fact that his mother was a librarian who opened up not just the world of books for him but also a true meaning of what it means to empathize with the ‘weaker’ in all its form by hearing them out without any prejudice and giving them a voice is what he would generally be doing all the times. His passing away at the age of 63 has definitely shocked many and more so has created a vacuum especially in bridging the industry-academia gap, for which he kept trying his hardest.
He definitely lived his life in a manner in which even those who disagreed with him still looked upto his guidance and towering strength. Every journalist, including budding and even those who left their dreams halfway always looked up to his strength, dedication and passion for journalism. Down by health he still challenged himself and kept on fighting several battles of past present and future. The one very close to his heart was shaping the future of journalism, which he felt must be approached beyond books and classrooms. Taking several inspirations from him I wish that his soul finds a mission soon, as his spirit would never want to take a moment’s rest. This reminds me of Robert Frost famous lines…. “Ants are a curious race; One crossing with hurried tread The body of one of their dead Isn’t given a moment’s arrest- Seems not even impressed. But he no doubt reports to any With whom he crosses antennae, And they no doubt report To the higher-up at court…”
feedbackexcelsior@gmail.com