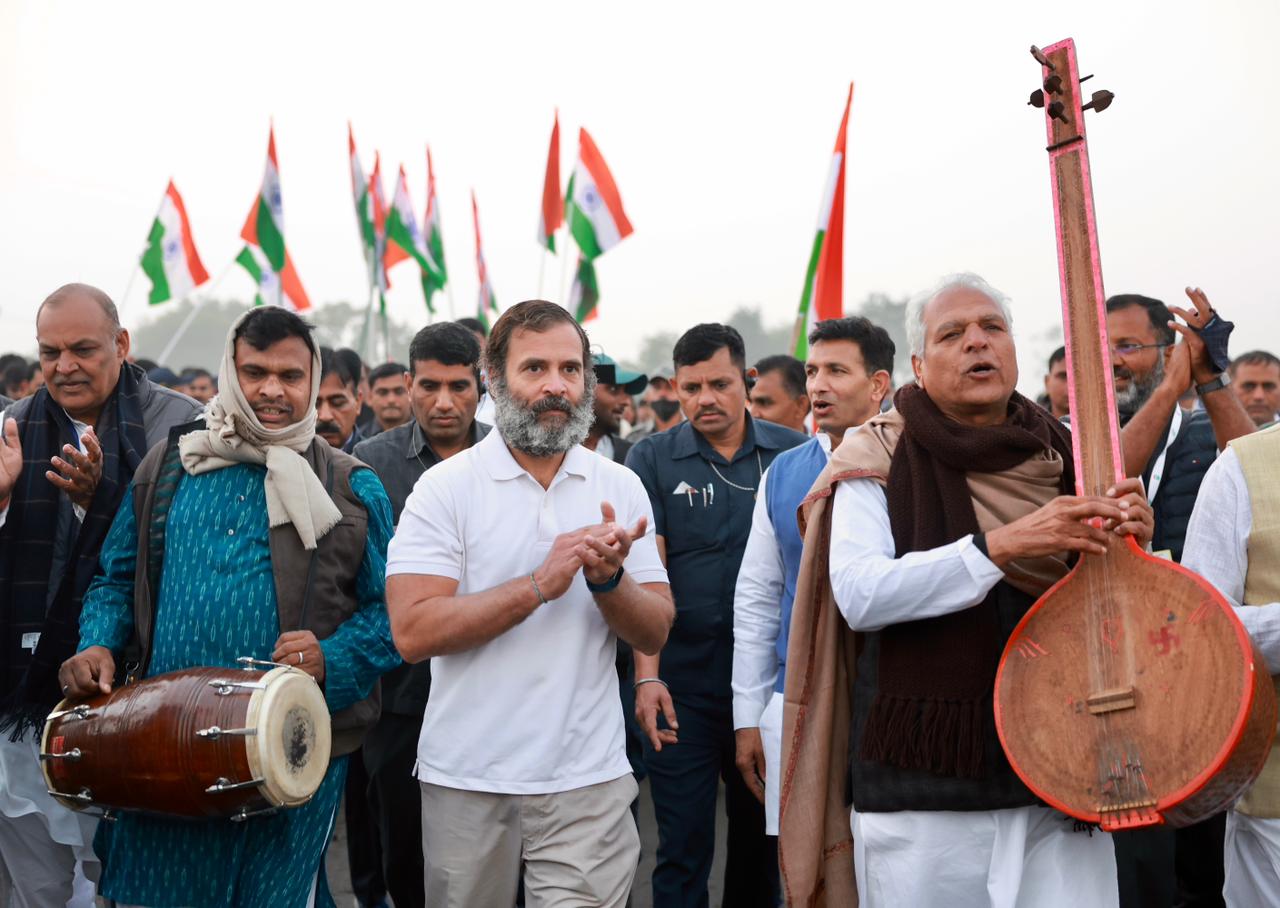 Agar Malwa, Dec 4: The Bharat Jodo Yatra led by Congress MP Rahul Gandhi resumed on Sunday from Agar Malwa district on the last day of its Madhya Pradesh leg and will enter Rajasthan in the evening.
Noted folk singer Prahlad Tipanya along with his group and Congress MLA Jitu Patwari were seen walking with Gandhi in the morning hours after the yatra commenced its onward journey from Lala Khedi village at around 6 am on the 12th and last day in Madhya Pradesh.
Congress Lok Sabha member from Chhindwara Nakul Nath, former Union minister Arun Yadav and Congress MLA Priyavrat Singh also accompanied Gandhi during the march.
This is the 88th day of the Bharat Jodo Yatra, a mass contact initiative of the Congress, since it stared from Kanyakumari in Tamil Nadu on September 7.
The foot march will stop for the morning break in Soyatkalan tehsil of Agar Malwa district at around 10 am.
It will resume in the afternoon from Pipleshwar Mahadev Mandir in Agar Malwa and reach Rajasthan in the evening.
Madhya Pradesh Congress members will hand over the national flag to their Rajasthan team members at Chanvli village in the desert state.
The march led by Gandhi entered Madhya Pradesh’s Burhanpur district from neighbouring Maharashtra on November 23.
It is scheduled to cover 380 km in Madhya Pradesh before entering Rajasthan.
In MP, the march has so far covered Burhanpur, Khandwa, Khargone, Indore and Ujjain districts.
In Ujjain, Gandhi had visited the famous Lord Mahakal Temple, one of the 12 jyotirlings in the country.
Before that, he had also offered prayers at the Omkareshwar Temple, another jyotirling in Khandwa district. (AGENCIES)