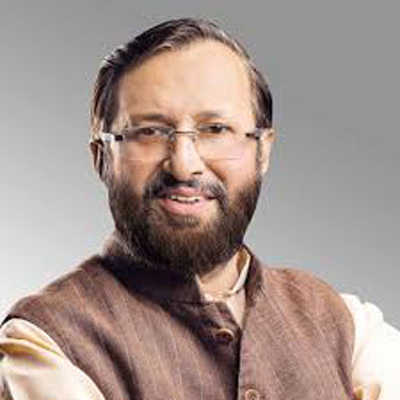 JAIPUR, Sept 24: Union Minister Prakash Javadekar Monday termed Rahul Gandhi as a “directionless leader” and said the Congress chief and his party have no hope to return to power therefore they were trying to create a campaign on the basis of lies and speculations against the BJP government.
The senior BJP leader said Gandhi has no facts and evidence against Government over the Rafale deal.
The Congress has been attacking the Narendra Modi government over the Rafale issue, alleging corruption in the deal.
“Rahul Gandhi is a directionless leader. Only allegations cannot make someone corrupt. Gandhi has no facts or evidence (to support his allegations against the government),” Javadekar told reporters here on Monday.
The HRD Minister said there were evidences and proof when there were allegations (against former UPA government) over the coal scam.
“They were voted out in 2014. There is no chance of their return to power and therefore they have made a new strategy. They cannot level allegation of corruption on the government.
“In the last four and a half year, there was not a single allegation of corruption against any minister or on the government so they are just leveling false allegations,” he said, while pointing out towards the Rafale issue.
“Rafale is a government to government contract and there was no ‘Dalal’ (broker) in the deal and this is the pain of the Congress because they were dependent on ‘Dalals’.
“In defence deals, there used to be dalals and this time there is no Dalal in the contract,” he said.
“No campaign can be created on the basis of lies. They have no issue so they, on the basis of lies and speculations, are creating propaganda,” he said.
He said that people understand well and public will the party reply. The Minister said a lie always remains a lie. Speak it thousand times but a lie is always a lie.
The Union Minister was in the city to attend a higher education and human resource conclave. During his visit to the city, the minister also visited Moti Dungari Ganesh temple. (PTI)