E-Paper
Home national-left Quick to hug PM, but runs away from IT officer: Irani... 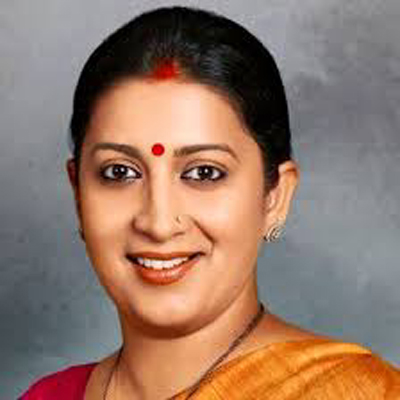 NEW DELHI, Sept 11: Attacking Congress president Rahul Gandhi for challenging the IT department’s decision to reopen his 2011-12 tax assessments, Union minister Smriti Irani today said he was quick to hug Prime Minister Narendra Modi but would run a mile from an income tax officer.
Rahul Gandhi needs to answer many questions, the minister said, a day after the Delhi High Court dismissed the pleas filed by him and his mother, UPA chief Sonia Gandhi, against the decision to reopen their tax assessments in connection with a case related to the National Herald newspaper.
Their appeals in the court “reveal deep seated corruption in the hallowed halls of the Congress party”, Irani said at a press conference in the BJP office.
No Indian can defy an income tax notice but Rahul Gandhi runs miles from income tax officers, she said.
“Why is it that Mr Rahul Gandhi, who is too quick to hug the prime minister, would run a mile when it comes to an Income Tax officer,” Irani asked, referring to the Congress president hugging Modi in the Lok Sabha during the no-confidence debate in July.
She accused Rahul Gandhi of setting up a not-for-profit company, Young Indians, which then bought a commercial company, Associated Journals Ltd, and its debts worth Rs 90 crore for Rs 50 lakh.
“Rahul Gandhi set up a company in 2011, professing it will not indulge in profit-loss business. Young Indian bought Associated Journals, which is commercial,” she said, questioning the deal.
Associated Journals Ltd, founded by Jawaharlal Nehru, publishes three newspapers, including the National Herald.
After buying the loan of Associated Journals, Rahul Gandhi, his sister Priyanka Gandhi Vadra and Sonia Gandhi become owners of a company, Irani claimed.
The BJP alleges that the Gandhis used Congress funds to pay its debts even though the publisher has real estate assets worth thousands of crores.
Discussing former RBI governor Raghuram Rajan’s submission to the Estimates Committee over mounting NPAs (non-performing assets), Irani said his statement clearly proves it is the Congress which is responsible for increased NPA.
“UPA chairperson Sonia Gandhi led a Government that attacked the very core of the Indian banking system. Raghuram Rajan has said that between 2006-08, the UPA functioning led to increased NPAs in the Indian banking structure,” she said.
Irani termed Rajan’s report a “loud proclamation” of corruption done by Congress.
“A variety of governance problems such as the suspect allocation of coal mines coupled with the fear of investigation slowed down government decision making in Delhi, both in the UPA and the subsequent NDA governments,” Rajan has said in a note to the parliamentary panel.
Irani also shared details of Modi’s interaction with anganwadi workers Tuesday and said the prime minister is working to empower the poor while the Gandhi family is busy “empowering themselves”. (PTI)