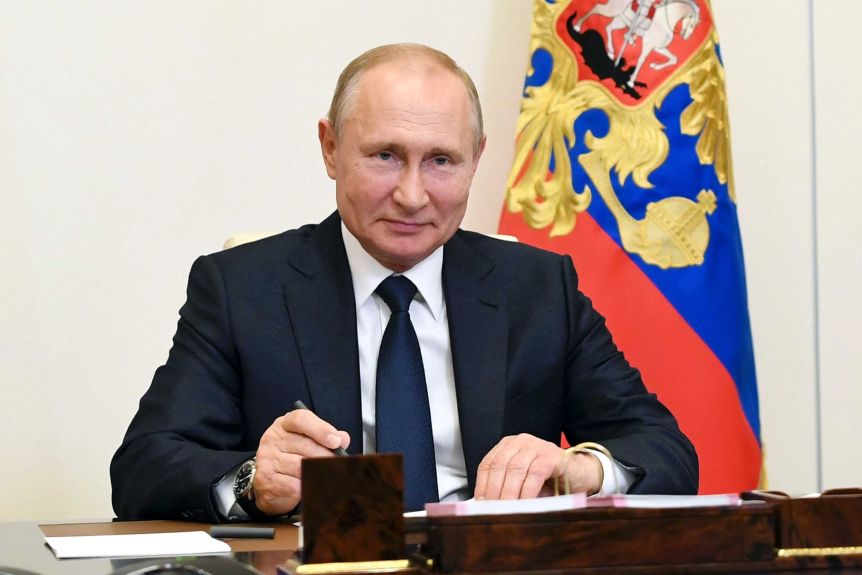 MOSCOW, Sep 21:  President Vladimir Putin on Wednesday ordered a partial mobilisation of some 300,000 reservists after the Russian military suffered a series of setbacks in the raging conflict with Ukraine, saying the move was essential to protect Russia’s sovereignty as the “West is seeking to weaken, divide and finally destroy this country.”

Putin made the announcement in a televised address to the nation in which he also said that Russia will use all the means at its disposal to protect its territory, warning the West that “this is not a bluff”.

Ahead of his much-anticipated address, Putin had signed an Executive Order for the call-up to start the mobilisation immediately.

Since early September, Ukraine forces have swiftly recaptured large swaths of land in Ukraine’s Kharkiv region that Russian troops took over in early weeks of the war which began on February 24.

The stretched-out frontline, the constant shelling of Russian borderline areas by the Ukrainian military and attacks on liberated regions required the call-up of servicemen from the reserve, Putin said in his address.

His speech comes a day after the Lugansk and Donetsk People’s Republics, as well as Russian-controlled Kherson and Zaporozhye regions on Tuesday announced that they would hold referendums on whether to join Russia from September 23-27.

Soon after Putin’s address, Russian Defence Minister Sergey Shoigu announced that 300,000 people will be called up for service during the partial mobilisation.

“Three hundred thousand reserve troops will be called up,” Shoigu said during a Rossiya-24 TV broadcast.

Putin’s announcement was described as a sign of “weakness” by US ambassador in Ukraine Bridget Brink. “Sham referenda and mobilisation are signs of weakness, of Russian failure,” Brink tweeted.

“The United States will never recognise Russia’s claim to purportedly annexed Ukrainian territory, and we will continue to stand with Ukraine for as long as it takes.”

“He and his Defence Minister have sent tens of thousands of their own citizens to their deaths, ill equipped and badly led,” he said in a statement. “No amount of threats and propaganda can hide the fact that Ukraine is winning this war, the international community are united and Russia is becoming a global pariah.”

China’s position on Ukraine has been consistent and clear, Wang told reporters when asked about the recent situation in the Russia-Ukraine conflict.

Reacting to Putin’s address, Ukraine President Volodymyr Zelensky said he did not believe the world would allow the Russian President to use nuclear weapons.

Zelensky warned against being cowed by Putin’s threats, saying they would invite Russia to attempt to take more territory. The Russian president’s announcement showed he wanted to drown Ukraine in blood – including that of his own soldiers, Zelensky said.

In his speech, Putin accused the West of making attempts to weaken, divide and ultimately destroy Russia.

“They are saying openly now that in 1991 they managed to split up the Soviet Union and now is the time to do the same to Russia, which must be divided into numerous regions that would be at deadly feud with each other,” Putin said.

He accused the Ukraine government of bringing foreign mercenaries and nationalists, military units trained according to NATO standards and receiving orders from Western advisers.

“Today our armed forces are fighting on the line of contact that is over 1,000 kilometres long, fighting not only against neo-Nazi units but actually the entire military machine of the collective West,” Putin said.

Accusing the US-led West of resorting to nuclear blackmail, Putin said that Russia has different types of weapons as well, and some of them are more modern than the weapons NATO countries have.

“In the event of a threat to the territorial integrity of our country and to defend Russia and our people, we will certainly make use of all weapon systems available to us. This is not a bluff,” he warned. “Those who are using nuclear blackmail against us should know that the wind rose can turn around.”

Russia will call up reservists who have already served in the army and will arrange for their training. The reservists and Donbass volunteers will be entitled to the same guarantees enjoyed by contract-enlisted servicemen.

Putin said the heads of defence industry enterprises will be directly responsible for attaining the goals of increasing the production of weapons and military equipment and using additional production facilities for this purpose.

Defence Minister Shoigu disclosed that a total of 5,937 Russian troops have died during the military operation in Ukraine while fatalities on the Ukrainian side are ten times higher, with 61,207 Kiev troops killed.

It’s the first time that Russia announced its losses during the military operation since late March when the casualties stood at 1,351.  (PTI)