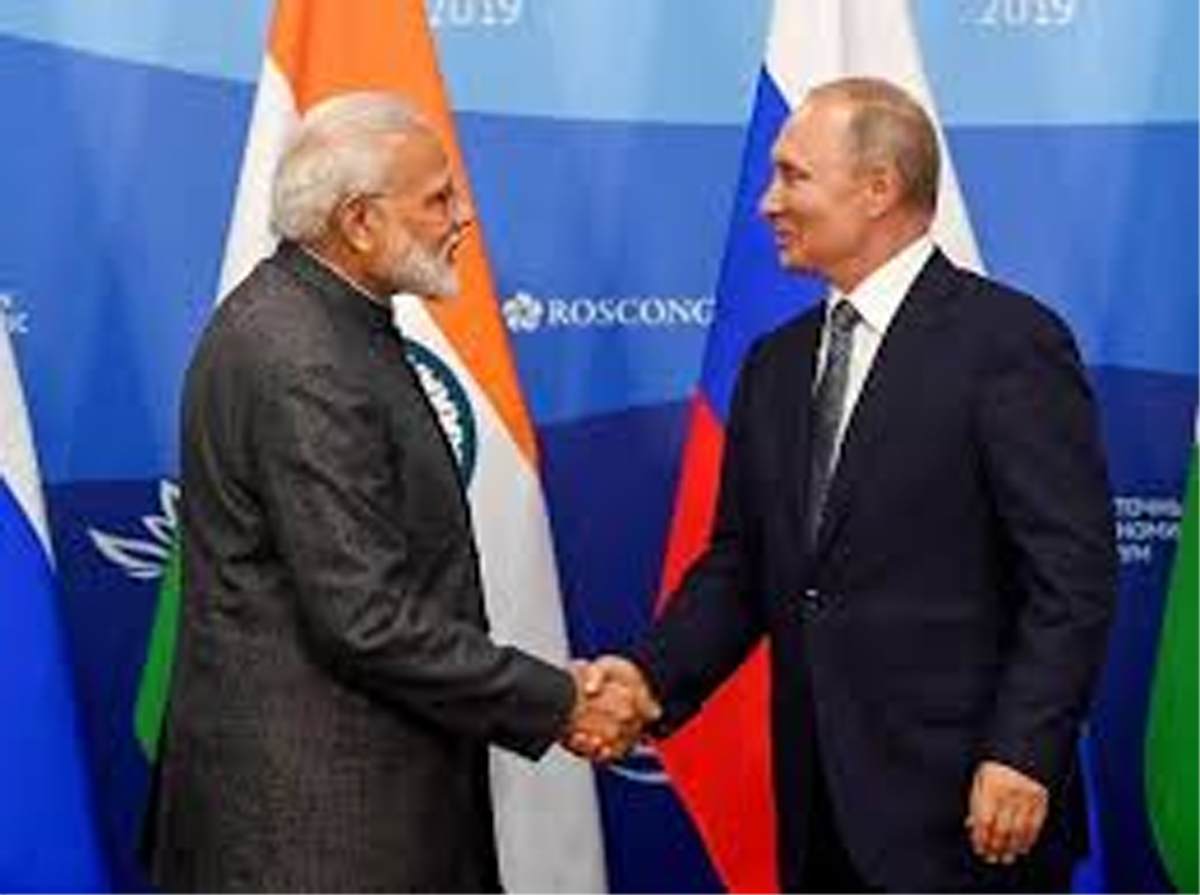 BRASILIA, Nov 14: Russian President Vladimir Putin has invited Prime Minister Narendra Modi for the massive Victory Day celebrations in May next year as the two leaders had an “excellent meeting” here during which they reviewed the progress made in the bilateral ties and discussed ways to further bolster the special strategic partnership.

Modi, who is in Brazil for the 11th BRICS Summit which will focus on building mechanisms for counter-terrorism cooperation and strengthen India’s ties with the world’s five major economies, met Putin on Wednesday on the sidelines of the meeting and reviewed the full range of India-Russia relations.

“Had an excellent meeting with President Putin. During our talks, we reviewed the full range of India-Russia relations. India and Russia are cooperating extensively in areas such as trade, security and culture. The people of our nations will benefit due to close bilateral ties,” Modi said in a tweet.

During the bilateral meeting, the fourth between the two leaders this year, prime minister Modi said the “frequent meetings have strengthened our relations”.

“Our bilateral relations are growing. You have invited me to visit Russia in May for the Victory Day celebrations. I am happily waiting that I will get an opportunity to meet you once again,” the Prime Minister said.

Both leaders reviewed the progress made in the bilateral relationship since the Prime Minister’s visit to Vladivostok in September.

The two leaders noted with satisfaction that the USD 25 billion target of bilateral trade by 2025 had already been achieved. They decided that the first Bilateral Regional Forum at the level of Russian Provinces and Indian States be held next year to dismantle the barriers of trade at regional level.

The two leaders noted the stability and progress made in imports of oil and natural gas. They also reviewed the progress made in the field of infrastructure, particularly railways in context of raising the speed of the Nagpur-Secunderabad sector railway line.

The two leaders also noted that both sides shared a common position on international issues and agreed to continue close consultations in the future.

President Putin reiterated the invitation to Modi to visit Moscow to participate in the Victory Day celebrations next year, which the prime minister gladly accepted.

“I expect that we will meet in Moscow in May of next year during the celebratory events timed to the 75th anniversary of victory in the Second World War. I am very glad to see you,” Putin was quoted as telling Modi by the official Tass news agency.

The annual May 9 Victory Day parade in Moscow, where Russia shows off its military might, commemorates the May 1945 allied victory over Nazi Germany.

Leaders of India, Cuba, France, the Czech Republic, Venezuela, Belarus, Armenia, Bulgaria, North Macedonia and Serbia are among those who have already confirmed their participation in the celebrations. An invitation has also been sent to US President Donald Trump, Tass reported.

During the meeting, President Putin also highlighted the potential of Arctic region in natural gas and invited India to invest in the region.

He said the bilateral trade had registered a growth of 17 per cent.

“This our fourth meeting this year. I am so glad to have this high intensity of contacts. We have been implementing major bilateral projects and strengthening technical cooperation and our cultural exchanges are expanding,” the Russian President said.

The two leaders met over two months after holding extensive talks in Russia’s far east Vladivostok city on the sidelines of the Eastern Economic Forum (EEF) during which they discussed ways to further cement the Special and Privileged Strategic Partnership between the two countries.

On September 5, Modi said the friendship between India and Russia was not restricted to governmental interactions in capital cities, but was about people and close business relations.