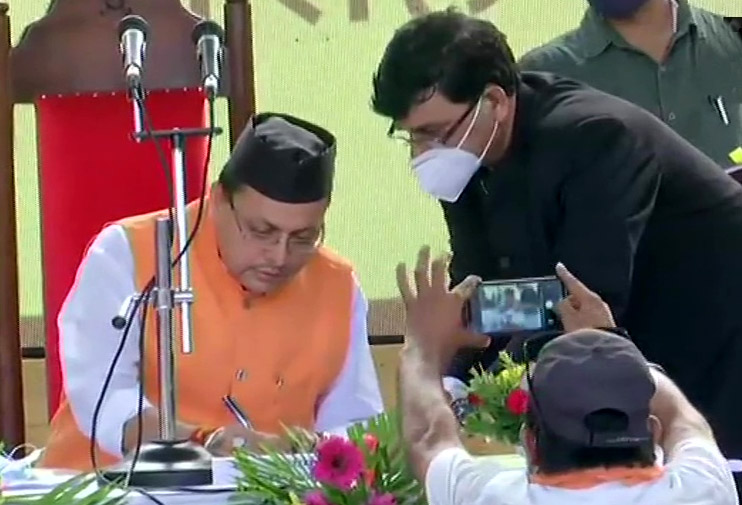 DEHRADUN: Bharatiya Janata Party (BJP) leader Pushkar Singh Dhami was sworn in as the 11th chief minister of Uttarakhand, here on Sunday, a day after being elected as the leader of the BJP legislature party.
The two-time MLA from Khatima constituency has never been a minister in the state government but Dhami became the youngest chief minister of Uttarakhand. He is the third chief minister of the state in nearly four months.
Dhami was on Saturday elected as the new leader of the BJP’s legislature party in the state.
“A common party worker has been given a chance to serve the state. I am thankful to the party’s high command,” Dhami had told media persons here on Saturday.
The son of an ex-serviceman, Pushkar Singh Dhami was born in 1975 in Kanalichhina village in Pithoragarh district. He holds a law degree and served as a Rashtriya Swayamsevak Sangh (RSS) volunteer. He also had been a member of the Akhil Bharatiya Vidyarthi Parishad (ABVP). Dhami served as the president of BJP Yuva Morcha, Uttarakhand twice between 2002 and 2008.
He is believed to be a protege of former Uttarakhand Chief Minister Bhagat Singh Koshyari.
Dhami replaced Tirath Singh Rawat who resigned on Friday. Dhami belongs to the Kumaun region. It is to be noted that the last two chief ministers were from the Garhwal region. (Agency) 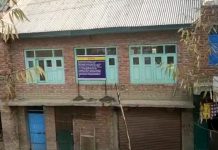